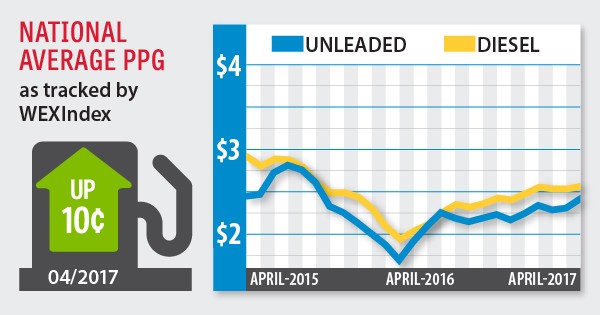 The summer driving season hasn’t even begun and there are many that believe the gasoline markets may have already peaked.

Gasoline supplies entering May are on firm footing and are not far off of where they were at this time last year when inventories were considered bloated then too. One of the major differences so far between 2017 and 2016 has been gasoline demand estimates from the Energy Information Administration (EIA).

The EIA has issued weekly reports for some seventeen weeks so far and rarely has gasoline demand measurements in 2017 bettered the 2016 number. OPIS data also confirms that the first four months of gasoline demand, based on a survey of roughly 10,000 stations nationwide, reveals demand destruction with the year-to-date demand figures are 1.9% behind last year.

After a steady string of inventory declines, based largely on the transition from winter to summer grade gasoline, U.S. gasoline storage levels are back on the rise. That trend has the potential to continue as refinery operations were at record levels at the end of April and that will be bringing more gasoline and diesel to the wholesale and retail markets.

Retail gasoline prices may have already hit their spring peak at $2.4225 per gal on April 21st. Since peaking gasoline prices in the U.S. are already down by nearly a nickel. Additionally, the difference in retail averages between 2016 and 2017 at times were more than 50 cents and that was believed to be taking a toll on demand but even as the spread has narrowed toward more modest levels in recent weeks gasoline demand has not necessarily taken off.

Crude oil prices have slumped below the $50 mark and are in danger of falling deeper into the $40’s as global inventories do not appear to be normalizing as fast as OPEC and other producers have hoped. The supply and demand balance is narrowing, but it has been a very slow process.

At the end of this month, OPEC will once again get together and evaluate the progress made with cuts at the beginning of the year. Most analysts believe that when the cartel meets they will carry over the cuts to the second half of 2017.