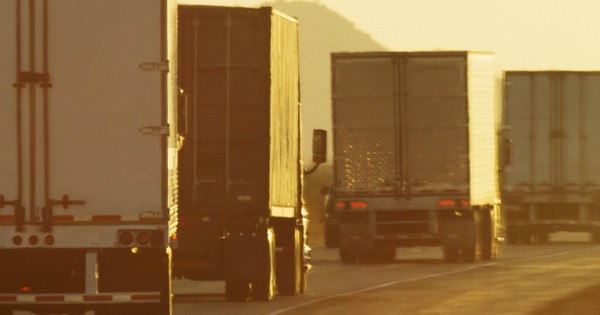 Every year the American Transportation Research Institute (ATRI) releases its survey results of the top 10  Critical Issues  In the Trucking Industry. Though specific rules and mandates have always made the list, in 2016 Cumulative Impact of Trucking Regulations appeared for the first time ever. And it debuted at #3.

The more than 3,200 motor carriers and commercial drivers surveyed worry that over-regulation — in the name of safety or for the sake of the environment —will reduce productivity in a business that already operates on thin margins. Some argue whether the stated safety goal of many of these rules is actually achieved.

ATRI points out the that trucking industry “is among the most regulated in terms of the number of federal agencies with jurisdiction — FMCSA, FHWA, NHTSA, EPA, PHMSA, DOL, DOD, FDA, DHS, HHS, among others.”

Electronic Logging Devices – This mandate, effective December 1, 2017, actually topped the overall list of trucking industry concerns. While most of the largest carriers have already installed the devices, most small to medium companies chose to wait. Fleet operators worry about the cost of the devices themselves, as well as the hit to productivity. Drivers see ELDs as invasive to their privacy.

Hours of Service – A source of contention for years, with much back and forth on the requirements and their relation to improved safety. Drivers argue that the inflexible rules actually increase the chance that they will drive drowsy because they don’t have an option to rest as needed, but must be guided by the clock. Motor carriers point to a loss of productivity to the now-suspended, but possibly returning 34-hour restart  (with two 1 a.m.to 5 a.m. periods) provision.

Phase II Greenhouse Gas Emissions for Heavy Duty Trucks  – There is concern that the new rules are overly aggressive and technologies will be used before they are proven. Additionally, fleets worry about cost (an estimated $14,000 increase for tractor-trailer combinations that meet the new standard) and vehicle performance.

Speed Limiters  – The proposed rule to use a device that keeps trucks from speeds above 68 mph, was open for comment recently. The reasoning behind the regulation: slower speeds will mean less severe crashes. Many in the industry argue that enforced speed differentials between vehicles sharing the road will actually be more dangerous.

ATRI’s survey respondents proposed that the best way to tackle the concern over regulations is with a cost/benefit analysis of implementation, as well as a closer look at the research that spurs the regulations.