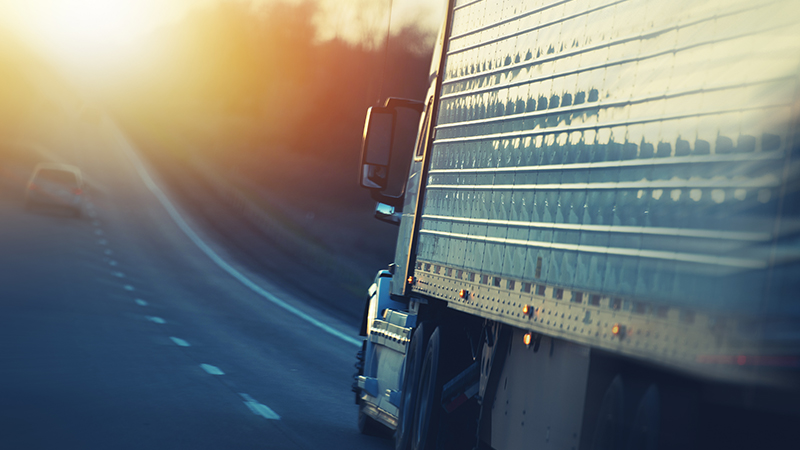 While no catch-all solutions exist, there are numerous strategies fleet managers can employ to attract and retain qualified drivers to keep business on track during a challenging time where the American Trucker Association estimates a shortfall of 80,000 drivers nationwide.

“It’s one thing when you have a supply chain issue and can’t get stuff onto a truck to get to places,” said Noel Glasgow, Vice President of Sales for WEX’s over-the-road business. “It’s going to be worse when you don’t have drivers to get loads to their destinations.”

In a nationwide snapshot; the port of Los Angeles, Calif., which set a traffic record in 2021, has four full container vessels anchored nearby. Ten more are stopped at the nearby Port of Long Beach. And at a shipping terminal in Kansas City, Kan., the once steady churning out of vehicles for shipping on a minute-by-minute rhythm has been reduced to an unpredictable cadence. Nationwide delays cause a residual impact on drivers, especially those paid by the load.

“That’s money out of their pocket because it’s a timing-challenged issue for them,” said Matt Crumpton, Vice President of National Account Sales for WEX’s over-the-road business. “As trucks are sitting in line, it is costing either them or the company directly.”

Companies focused on last-mile deliveries, Amazon, for example, offer appealing benefits to drivers given their consistent, close-to-home schedules. This means shorter trips, more time at home, and a better work-life balance. In addition, paying employees with a pay card that offers real-time payments is part of an attractive compensation solution.

“We’re creating a variety of opportunities that fit a lot of drivers,” Vice President of Driver Relations and Administration Angela Horowitz said. “If you’ve got a professional driver, then we’ve got to find a way to support them and their work-life balance.”

Many companies are moving away from outsourcing recruiting in favor of in-house recruitment and retention managers. They provide an authentic listening ear for drivers on a daily basis, assurance that their thoughts are known and a dedicated support system to solve any issues.

“The drivers have more of a voice right now than they probably ever have because people want to make sure that their drivers are staying happy,” Glasgow said.

With a constantly changing labor force and landscape, re-education is critical. Stevens Transport offers driver and manager education with the understanding that drivers are “the customer in the front of the truck.” All employees onboarding at Stevens Transport take a driver education course that outlines the value of drivers to Stevens and the expectations Stevens has of their drivers. Horowitz said it’s about having a “partnership” across the organization, from drivers to executive management.

“Instead of having just one consistent program for all, we have many enhancement programs that we recently adopted and I’ve seen out in the marketplace,” Horowitz said. “It’s really based on real-time performance, so that their pay comes in real-time and that they have the ability to accelerate their pay for the actual amounts of driving now if they hit different benchmarks.”

Some carriers have raised their wages to recruit and retain qualified drivers, one company offering a minimum wage of $100,000 to experienced over-the-road drivers. Another company increased its first year of guaranteed pay to approximately $60,000 if drivers meet specific criteria.

In addition to bonuses, Glasgow said, companies are paying more per mile, providing better insurance, offering opportunities to customize trucks, and more. Changing pay structures from by the mile to hourly gives drivers guaranteed income. Some companies, like Stevens Transport, pay drivers regular wages during the training period. Once paid in increments, many companies dole out signing bonuses in full upfront despite the risk of drivers leaving for the next place offering a signing bonus.

With its current pay structure, Stevens Transport’s drivers can earn up to $65,000 in their first year. From a retention standpoint, their guaranteed pay program helps them reduce driver attrition.  Stevens Transport focuses its recruiting efforts on developing entry-level drivers and offers guaranteed pay to begin at training.

“Most people come from a world where they have some type of fixed income they can count on, so having it be variable based on their or their company's performance can make it challenging to budget for family needs,” Horowitz said. “Introducing a guaranteed pay program has helped.”

One creative solution for recruitment comes from Ostego, Minnesota-based company, Long Haul Trucking. They repurpose signing bonus dollars to use instead for referral bonuses for drivers who help bring new colleagues aboard.

“Between the equipment we have and the drivers we have, they’re our best recruiting, by far,” Long Haul Trucking CEO Jason Michels said. “There’s no better recruiter than a happy driver.”

Culture of retention awareness can be instrumental in lowering driver attrition

“Anyone that has contact with drivers has to treat every contact as a retention opportunity,” Michels said. “I think that’s one of the reasons that we do so well, it’s not just one person’s responsibility to retain drivers, it’s everybody’s.”

Long Haul Trucking expects its approximately 350 drivers (approximately half are contractors), which include employees and owner-operators, to participate in quarterly reviews focused on safety and revenue performance. There’s no micromanaging. Autonomy is encouraged.

“If they’re doing a good job we're leaving them alone, supporting them when they need support,” Michels said. “The balance we’re constantly looking at is how we can make sure to draw attention to positive things without making it feel like everybody gets a trophy.”

Stevens Transportation recently launched Stevens Roadside Radio, a regular podcast featuring guests from around their company. It spotlights employees from all parts of the business, including employees and contract drivers. The podcast touches on tips for success, industry news, and stories from across all departments and is shared on company social media. The company recently increased the size of its social media department, hoping to capture every driver or company milestone and success story.

“Trying to build a community is important for driver retention and driver recruitment,” Horowitz said. “We think it’s really important to promote all of the great things about drivers on social media… They need to be heroes all the time, as they keep America moving.”

There’s no one size fits all solution for driver recruitment and retention, but there are plenty of ways to make a difference.

To learn more about WEX, a growing and global organization, please visit wexinc.com.