Why You Should Consider Adding Commuter Benefits to Your Benefits Portfolio 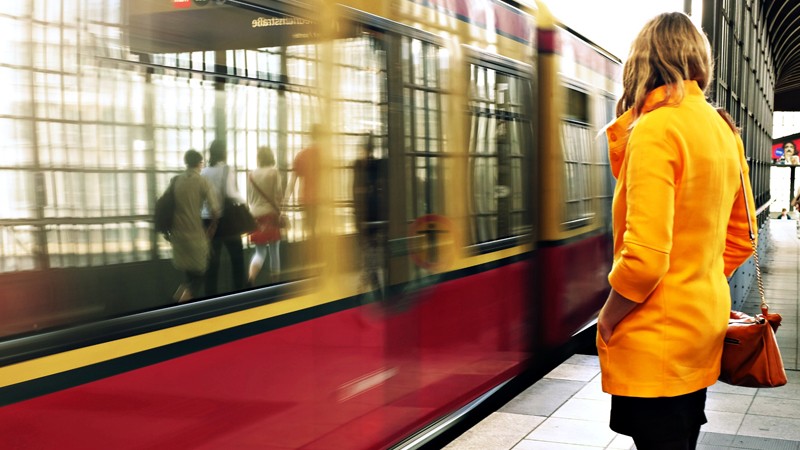 Having to sit in traffic morning after morning—and then, night after night—during a daily commute is enough to make a job unbearable for many employees.

Research by one global staffing firm shows that nearly a quarter of workers today have left a job because of a bad commute, with residents in Chicago, Miami, New York and San Francisco (in that order) being most likely to resign for this reason. And a separate survey by the Workforce Institute found that almost half of employees agree that their commute has a significant impact on their job satisfaction.

A grueling commute doesn’t just affect employee retention. It also factors into employee productivity and a company’s ability to attract employees: 32 percent of employees have considered the commute when choosing a job, and 4 percent have even called in sick to avoid a commute.

How can employers help?

If you’re an employer, you can offset stress and costs affiliated with your employees’ commute by providing financial incentives through a commuter benefits plan. These benefits encourage healthier, stress-relieving habits and go a long way in helping with recruitment and retention in your workplace, which takes on greater importance when you consider recent record-low unemployment numbers.

Commuter benefits also encourage your employees to ditch the tiring task of driving to and from work every day while providing them with flexible ways to save money through pre-tax dollars.

And these pre-tax benefits help your business reduce its payroll tax burden.

What do commuter benefits cover?

Mass transit: Commuter benefits can be used for expenses incurred for a pass, fare card, voucher or similar item for transportation on mass transit. Mass transit examples include train, bus and subway.

Vanpooling: Funds can be used for expenses incurred in a commuter highway vehicle, which is defined as any vehicle that seats at least six adults, not including the driver. At least 80 percent of the mileage in the vehicle must be used for the purpose of transporting employees to and from work, and the number of employees is on average at least half of the adult seating capacity of the vehicle. Lyft Shared and uberPOOL comply with IRS vanpooling regulations.

Parking: Eligible parking expenses include amounts paid for parking of your vehicle at or near work or at a location used to commute to work (such as a park-and-ride facility)

How do employees benefit from commuter benefits?

Commuter benefits can help. One study found that women who commuted to and from work “by any means other than a private vehicle” had a BMI 0.7 points lower and weighed more than five pounds less than women who drove to work. For men, the drop in BMI was 1.0 points, and they weighed nearly seven pounds less than their driving counterparts.

After the city of Charlotte, North Carolina, installed a lightrail system, it was found that residents who used the light-rail system had a BMI that was 1.18 points less than those who didn’t. And light-rail users in that city were also 81 percent less likely to be obese.

Reduced stress: Employee stress can lead to long-term health issues, including heart disease, obesity, diabetes and depression. And stress can have more immediate and damaging effects on a business, leading to missed deadlines, employee turnover and damage to your company’s image. Unfortunately, the drive to and from work can be a significant stress trigger.

Providing employees with pre-tax incentives to take mass transit or vanpooling can help reduce stress, which increases the productivity and effectiveness of your business. And the financial incentive and tax savings that come with commuter benefits also alleviate another important stress trigger, since nearly half of employees say financial stress has caused them to miss work or has reduced their productivity.

Less time driving: There’s never enough time in the workday. The average American works somewhere between 44 hours and 47 hours every week. One-third of employees work more than 50 hours per week and that doesn’t include the time spent driving to and from work. These time commitments are threatening employees’ abilities to maintain a healthy work-life balance and can lead to employee burnout.

Encouraging employees to take mass transit or vanpooling helps them avoid the negative effects driving can have on their brain and mental wellbeing. When they’re riding instead of driving, they can also spend time on other things, whether it’s catching up on personal emails, listening to a meditation, or starting their day with a favorite podcast or music. This may put them in a better state of mind entering and leaving work.

For more information on how commuter benefits work and how they can enhance your benefits offering and employee satisfaction, listen to this Benefits Buzz podcast. 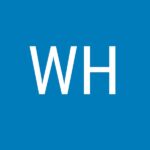 D&D is committed to keeping their business up and running as they, like others, face many challenges. They are out on the roads every day delivering goods to keep products on the shelves for those of us sheltering in place. Because they are a small operation, it’s all hands on deck: they don’t have the bandwidth to provide back-up if people are not able to come into work. While they do have a few employees working from home, they feel it’s important that they be in the office for the constant interaction needed with the company’s drivers. And their drivers are on full force out there making deliveries through this pandemic.

As Heisten puts it, “Freight is nuts right now. A lot of contracts we have involve making deliveries to places like McDonald’s, Pizza Hut, and Burger King distributers. With many stores shuttered, that type of freight is drying up, and we are doing more delivery transactions with brokers. They are paying high rates to haul, including bonuses. A majority of our freight is shuttle movement within a 125-mile range for Schreiber (Cheese). I have heard that Walmart has pushed orders to new levels. Their biggest weekend to date was 2.4 million pounds shipped which last weekend went up to 3.6 million pounds.”

Some of the things drivers are faced with are long delays loading and unloading, and an inability to find places to eat on the road but their spirits remain high and they are grateful to be able to continue to bring in an income.

“Rusty Heisten and his team at D&D Sexton have been putting in long hours to ensure their drivers can stay on the road and keep food deliveries happening all across the country. They are out in the field every day keeping the economy going. I’ve been working with Rusty for 19 years and his passion for trucking has always impressed me. We are proud to support him and his company and help them get through this difficult time,” says Bridget King, Manager of Account Services, WEX.

LaTaschia Velasquez has been helping WEX customers in the trucking industry for almost eight years. During this particularly difficult time for the world with the coronavirus turning everything upside down and forcing a lot of us to shelter in place, she is grateful and awed by her customers for the essential services they are providing.

Says Velasquez, “My team is helping those who manage fleets of trucks and we see what our customers are facing during this pandemic. Our customers who are sheltering in place find they don’t have access to the systems they normally have in their office. But they are still finding ways to take care of their employees, meet payroll, and even when working from home seamlessly run their business. As a result, their drivers on the road can continue to take care of the work of delivering goods and essential services.”

Velasquez goes on to say, “Our customers range from small owner-operators to companies with 100 semi-trucks. I’m impressed by their passion to keep goods moving across America and particularly with the men and women who are themselves on the roads every day keeping services and supplies moving all over the world.”

Thank you to the truckers out on the road every day providing essential services out in the field.

A WEX customer, Tenet Health, is a healthcare services company based in Dallas, Texas providing essential services during this pandemic. They called WEX on Sunday, March 22, looking for help. Due to COVID-19 and the increase in the need for medical equipment and supplies, Tenet was running into supply shortages with their existing vendors. They needed a new way to purchase medical gear and a different way to access the supply chain.

With 113,000 employees, Tenet serves 65 hospitals, 24 surgical hospitals, and 480 outpatient centers. When you think about it, that’s a lot of supplies to keep stocked. They turned to WEX to help resolve their supply chain dilemma so they could continue to care for their patients during this difficult time.

Tenet is a client Jessica Cook implemented in the summer of 2019. So, when she was tapped to work on this project she was already familiar with their business practices and was able to quickly start work on a solution. It was essential for Tenet to find creative ways to pay suppliers for the goods they needed. Jessica used WEX’s TransAct Global (TAG), a proprietary processor of WEX, which allowed her to provide immediate results for Tenet. She turned the implementation around quickly that Sunday night which allowed Tenet to be up and running just a few short hours after they brought the issue to us.

Tenet’s program is working well and with hospital supplies still in high demand, this will continue to be a great tool for them. As Cook describes it, “With WEX’s flexible technology, we are able to create a virtual card instantaneously. And during this shortage of hospital supplies, Tenet can use that virtual card to turn to less commonly used e-commerce web sites like Ebay, Amazon, and others and purchase from places they do not normally bulk order supplies.”

We are grateful for organizations like Tenet who are working tirelessly out in the field to ensure the safety of their patients and care providers.