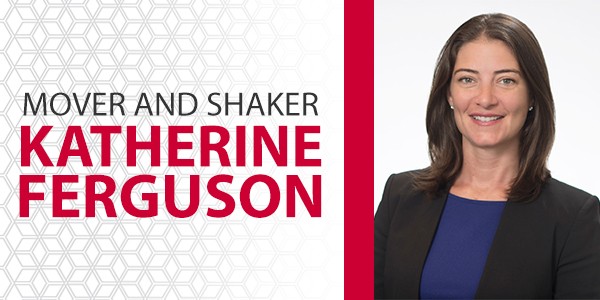 According to Katherine Ferguson, the development of relationships is vital to building a successful career. She says that younger women should find a sponsor willing to advocate for them, take risks on their behalf and help pull them up in an organization. This kind of relationship, she notes, can serve them well throughout their career.

Building a Network to Support Women at WEX

Ferguson started her career at the Smithsonian, and then spent 14 years at American Express before joining WEX. She came to WEX seeking a smaller, but fast-growing company where she could have a role in transforming the brand and customer experience. She notes that WEX proved to be a perfect fit – especially when it came to company culture.

“I’ve been so impressed by WEX in general and the importance it places on supporting women, from our female CEO to numerous senior female executives and beyond. This emphasis really speaks to our community and culture,” she says.

Ferguson is currently collaborating with two other WEX senior executives to launch a women’s network. The concept, which is near and dear to her heart, is designed to help build a community of women throughout the organization who will support each other and collaborate through common challenges.