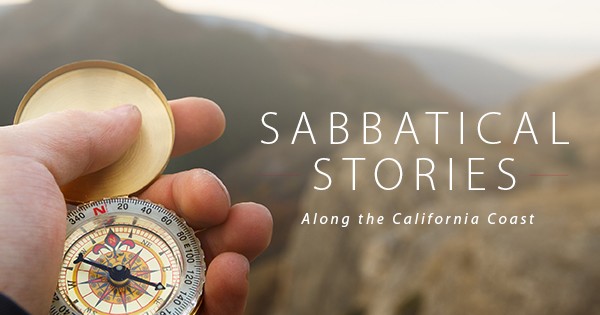 The reality of having to decide what she’d do during her four-week sabbatical was “honestly kind of daunting,” recalls Claire Hearron, a senior partner service manager at our WEX Health office in Connecticut. After learning she was one of 12 WEXers chosen for the pilot of our Expedition sabbatical program, Claire’s thoughts initially turned to a month in Ireland or an Alaskan cruise. Then, she focused on her goal to relax and be able to do as much, or as little, as she wanted, and decided to spend time in California.

“I’d never spent any time in California other than in airports, and the weather in the fall was perfect – every day was a beach day,” says Claire. “I focused on Newport Beach and Orange County, traveling along the coast and stopping in towns along the way. I loved having no real agenda for the days other than exploring and enjoying myself.” 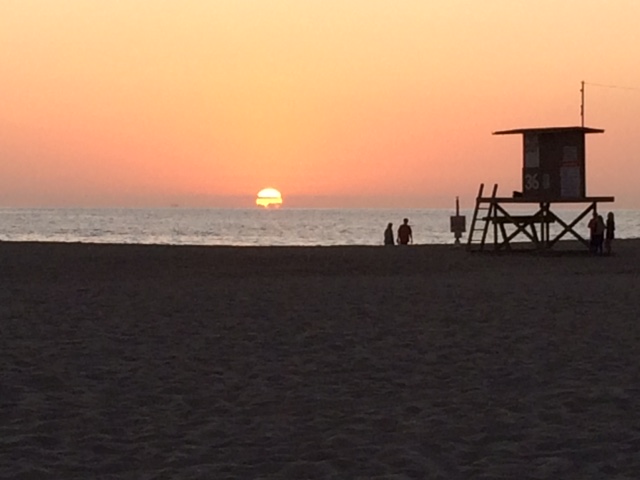 “…everyday was a beach day” A beautiful sunset is captured on one of California’s beaches.

Claire traveled solo for part of her sabbatical, and was joined twice by long-time friends who shared her adventures. She says they “traveled by the seat of our pants” and relied on the HotelTonight app, as they never knew where they were going to land at the end of the day. Whether on her own or with a friend, Claire sought out recommendations from locals to help her stay off the beaten path during her travels.

“My goal was to recharge during my time away, and the California lifestyle was great for walking, healthy eating, and being outdoors as much as possible,” she says. “I actually joined a national gym while I was there, and I liked going so much that I brought my membership back home and have continued going a few times a week since returning.” 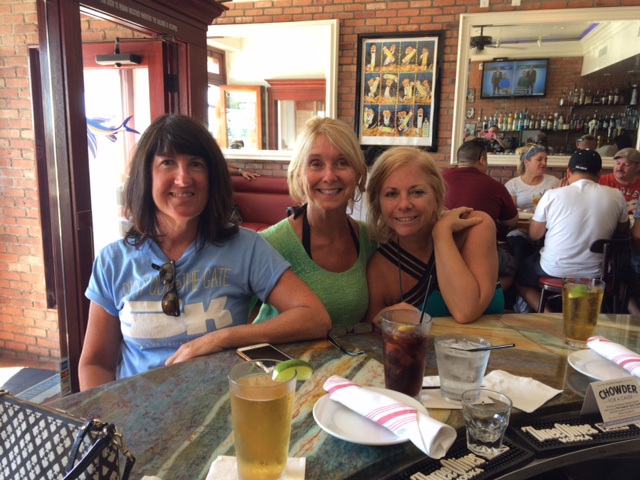 Claire Hearron (left) and friends share time together in California.

One of Claire’s favorite experiences while on sabbatical happened in Santa Monica after a full day of exploring Monterey. She and her friend had just finished a walk on the pier, and decided to check out The Ivy. While the restaurant looked nice on the outside, Claire remembers that “you walked in and it was like Shangri-La, with the lobby and lounge filled with roses of every color. It was amazing to sit there, have a drink, and soak in the ambiance – it was so beautiful.”

While away from the office, Claire says it was liberating to know that she had the support of her WEX Health team and that her accounts were in good hands. She virtually cataloged her trip on Facebook, with family, friends, and coworkers following her exploits, some making recommendations along the way. Once back at work, she says she was able to step right back in after getting some background from her coworkers, and that one of the first things she did was reconnect with all her partners.

“I definitely brought back some of the California lifestyle – I’m exercising more, I’m eating better, and feel like I have a healthier state of mind and body,” says Claire. “At work, I’ve learned to pull back the reins a little bit while maintaining the same level of work and service, and I feel more relaxed as a result. The benefits of the sabbatical have exceeded anything I could have imagined, and I’m excited to work for a company that provides this kind of opportunity to employees.”