WEX VP of IT Michelle Pokrzywinski Featured in The Glass Hammer

WEX VP of IT Michelle Pokrzywinski Featured in The Glass Hammer 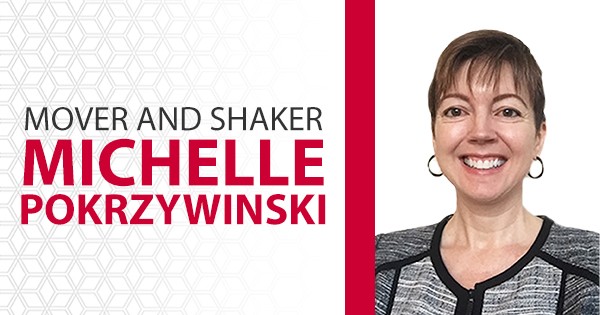 Role models, mentors and sponsors are “the glue that holds a career together” says Michelle Pokrzywinski, and she advises women to look for these influencers within their team, at their company and in the larger business world. Michelle’s journey to her role as VP of IT at WEX shows the many ways a career can be shaped and managed by oneself, along with direction and advocacy from supporters in one’s professional network.

Refining and Building a Career Path

Pokrzywinski was a computer science major with a technical focus, and says she had very little understanding of what career paths were possible when she started working in software development. An interest in the management aspect of business led her to broaden her involvement with assignments in project and quality management. This footing in both technology and business served as the foundation for a career path that Pokrzywinski calls “a perfect fit.”

During almost 15 years as part of companies that were precursors to WEX, Pokrzywinski also shaped her career with support from sponsors. She points to an early manager who recommended her for the Master of Science program at MIT. With the company sponsoring only one applicant every two years, to have the backing and encouragement of her manager made all the difference for Michelle. She notes that she’s had many other supporters through the years who have helped create professional development opportunities for her.

“There are many fulfilling paths to success, so you have to continuously define what that means to you,” she says. “I now know a career has to be managed, and you have to know how your efforts create value in the business.”