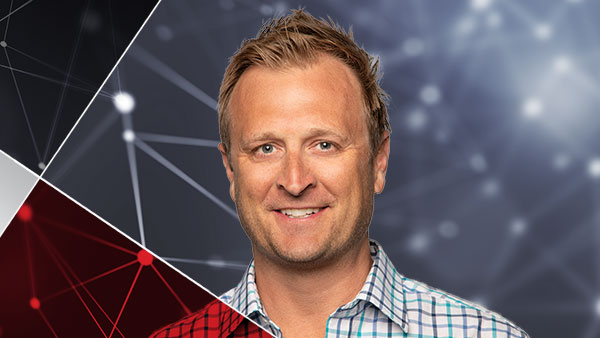 Our director of marketing analytics, Chad Creelman, was a performing arts minor in college, so presentations are no sweat for him—and he likes to keep them entertaining. That’s why, when he presented last week at the University of Southern Maine’s Business Analytics and Digital Marketing Student Competition and Summit, he made sure to deliver a talk that was short, sweet and funny. His topic: an analytical approach to increasing customer retention.

Explains Chad, a six-year WEX employee, “We started the event by judging the students’ senior projects, in which they were analyzing a business problem, so I broke down an actual business  scenario at WEX that we are constantly keeping an eye on: attrition.”

With a series of insightful and entertaining slides, Chad talked the room—a mix of students and local business leaders—through the complexities of predicting attrition. He looked specifically at how WEX has addressed attrition in our fleet line of business.

“I talked about WEX’s front-end Sales & Marketing engine, and how we’re growing at a staggering double-digit rate,” says Chad. “But at the end of the day, even if you have the biggest sales funnel in the world if you have a hole at the bottom where customers are leaving, that hurts your total growth. So I broke down the problem, what I think are the interesting aspects of it, and how we’re hoping to solve it with machine learning and artificial intelligence. I ended up having a dozen or so audience questions afterward. Everyone wanted to hear more about WEX and what we are doing.”

WEX sponsored the event both this year and last. Chad’s presentation followed opening remarks by USM President Glenn Cummings, who spoke about the direction that USM is headed, how it uses data and the importance of data and marketing analytics skills in the job market. Students then presented senior projects and data-visualization posters in one of two tracks, business analytics or digital marketing.

During the networking session at the end of the event, Chad was able to speak further with USM students—who he calls “smart, hungry kids who are hopefully going to change the world”— about WEX’s current and future use of analytics.

Chad himself went to college in Maine and included his “boomerang” back to the state as part of the intro in his presentation. “‘Boomerang’ is a term that’s used pretty widely by our talent acquisition team to describe people who have a hook in Maine. It’s easy to recruit them back. It’s more difficult to get people to go up to Maine who don’t know Maine, but if you know Maine, you love it. I left, came back, left again, and now I’m back to raise a family.”

WEX wants to become the employer of choice in Maine, so getting in front of youth before they’re in the job force is an important part of our people strategy. As part of our continuing efforts to recruit tech talent in Maine, we will host approximately 50 interns this summer in our Portland and South Portland offices.

Interested in a career in analytics at WEX? Explore open positions on our Careers site.