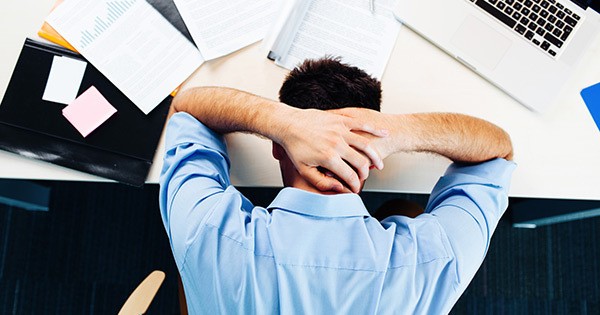 Most of us are aware that Americans are notoriously bad at taking time away from work, especially when compared with workers in European countries. In the decades leading up to the millennium, American workers averaged around 20 days of vacation days taken per year, according to data from Project: Time Off. But in 2000, a steep downward trend culminated in an all-time low of 16 days taken in 2014. Since then, the trend has been modestly climbing, and in 2016 was up to 16.8 days.

Time will tell whether the uptick is part of a continuing upward trend or just a temporary blip. American workplace culture doesn’t always encourage time off, despite the evidence that employees who take vacations have better attitudes and are higher performers. Project: Time Off reports that 37% of employees fear returning to a mountain of work when they return from vacation, and 30% of employees feel like nobody can do their job while they’re away, causing anxiety about taking time off.

In addition, many employees feel that their job or career potential will be negatively impacted by being away from work. Millennials, who are now the biggest segment of the American workforce, seem particular susceptible to being “workplace martyrs” who feel guilt and anxiety about taking too much time off work. A recent study showed that 29% of millennials feel guilty for time off, compared with 21% of Generation Xers. The number is even higher for millennial women, when compared with men.

What’s interesting is that, despite these figures, Americans are actually traveling more than ever. International travel has shown unprecedented growth in the last few years. According to the National Travel & Tourism Office visits by Americans to all areas of the world were up last year, with visits to Mexico up 12% and Canada up by 17%. Europe saw an 8% rise and visits to Oceana were up by 13%, to name just a few. Americans aren't just traveling internationally, either. Domestic trips also continue to see year over year increases. All told, nearly 25% of the total US population took a trip last year.

So how has travel increased while time off has only gone up a notch? There a few ways. First, boomers who are retired from work are taking trips, as are Generation Z, who have not all entered the workforce. The American Multi-Generational Travel Trends report says that Generation Z is taking 4.4 trips per year while boomers are taking 3.5 trips per year, which are longer in duration than other generations. Second, despite Millennials vacation guilt, they are actually going on more trips than any other generation, with 5.6 trips per year. However, these trips are shorter in duration, perhaps because they don't want to be away from work for too long at any one time.

American workers are also taking work with them on vacation. Smartphones and worldwide connectivity make it easier than ever to check in on work while away. 78% of workers surveyed by Project: Time Off said they were more comfortable taking time off if they knew they could access work if they had to. Generation X is the most plugged in generation, with only 20% completely unplugged during vacation. Millennials are only slightly better at 22% and boomers come in at 25%. Though work infringing on vacation is not ideal, the ability for workers to check in may actually convince them that it's ok for them to take a vacation.

While Americans may be getting only slightly better at taking time off from work, they seem more committed than ever to traveling away from home during this time off. Incentives such as better exchange rates in the past year and newer airlines providing more affordable airfares to Europe have certainly helped the popularity of international travel. At the same time, Americans still love to travel within the country, and have not been deterred by the recent hurricanes in Texas and Florida. All generations are traveling more than ever, to all destinations, and this trend seems to be one that will continue. 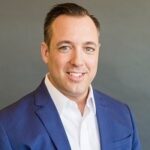 Mark’s B2B payments experience across our Corporate Payments and Fleet products enables him to create win-win solutions for customers. He understands the best practices that improve daily operations and lead to savings in time and resources. Mark sees a customer’s success as his success.