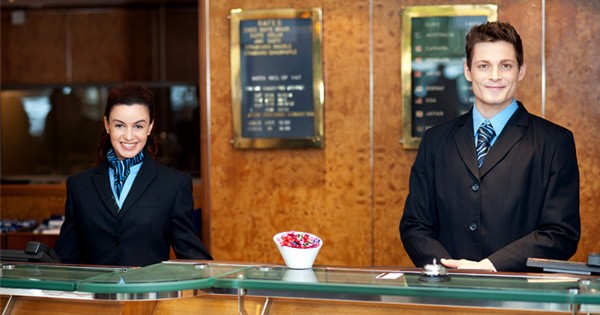 It’s tempting to look back to the mid-1990s as when the travel technology revolution really kicked into gear. Once the Internet was commercialized—and digital communication technologies started to take off—consumer behavior and preferences started their rapid shift and. Let’s take a look back at some of that history and explore the innovations that shaped the technology we might just take for granted today.

1865 – The British firm of Easton and Amos installed a direct-action passenger lift, with a travel of 56 feet, in the Brighton Hotel; and hydraulic elevators were installed in the six-story Grand Hotel in Paris.

1880 – The Palmer House Hotel installed electric lights and telephones in guestrooms in time for that year’s Republican National Convention.

1927 – The first hotel room radios become available in every guest room at Hotel Statler in Boston.

Check out A Brief History of Payments: From Stones to Phones [Infographic]

1950 – The Adolphus Hotel in Dallas, TX, became the first hotel in the world to offer central air conditioning.

1952 – American Airlines installed the Magnetronic Reservisor, an electromechanical system of vacuum tubes and a magnetic storage drum allowing the airline to store seat availability on a centralized platform.

1973 – The Sheraton–Anaheim is the first hotel to offer free in-room movies.

1994 – Hyatt Hotels and Promus Hotel Corporation are the first hotel chains to launch websites on the Internet.

1996 – Both Expedia and Travelocity are launched to serve “do-it-yourself travelers” with online booking capability for air, hotels, and car rentals.

Check out The Travel Sector’s Widening Carbon Footprint Calls for Sustainable Solutions for more on how the travel industry tackles climate change.

Had enough of the past? Tour the Hotel of the Future