How Blockchain Can Benefit Fleet Management and Trucking 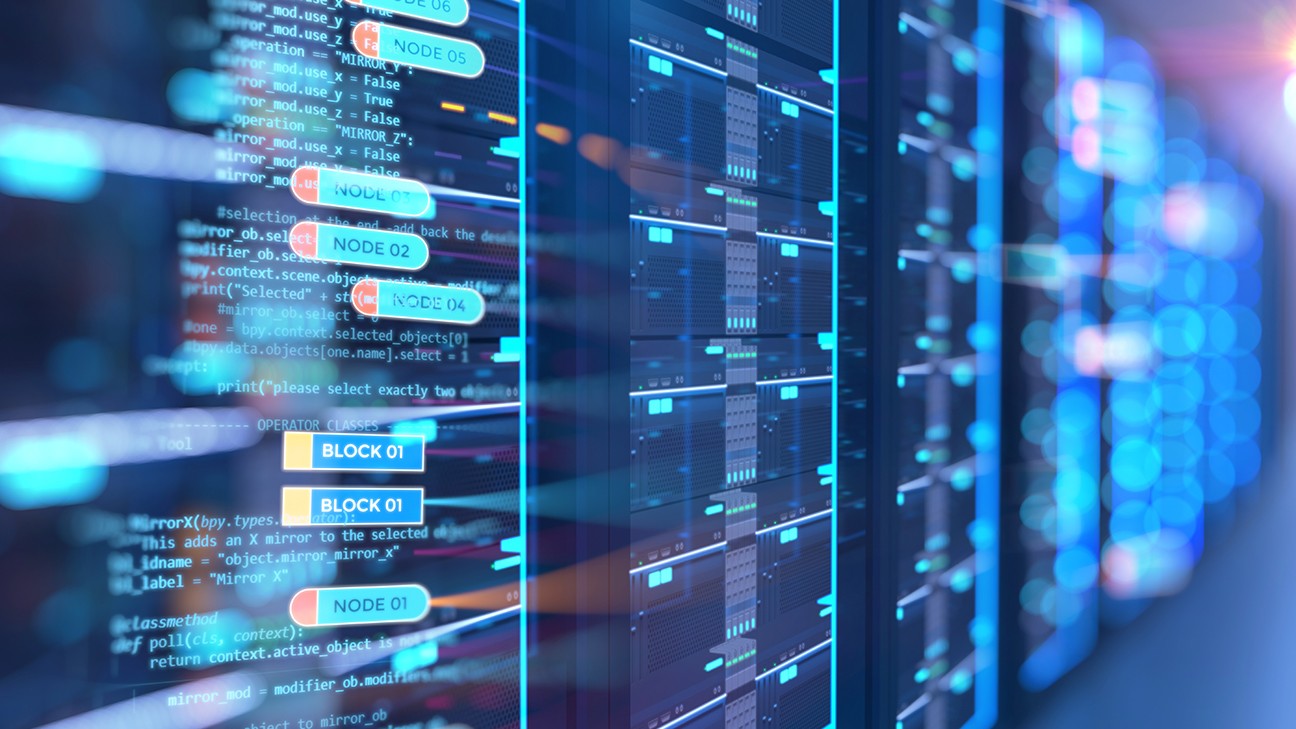 Blockchain has become a huge buzzword in the financial industry over the last several years. And the buzz is now spreading to all industries because blockchain’s underlying technology enables a networking capacity like nothing we have ever seen.

“Blockchain” entered the common lexicon when Bitcoin adopted the technology for use in a kind of decentralized banking system. Fleet management is beginning to see blockchain as the answer to many of its challenges as well. But as Chris Burruss, president of the Blockchain in Transport Alliance, sees it, “Applying that technology to trucking may fall somewhere between hype and reality.” The industry has questions; the current most common ones are as follows:

Simply put, blockchain is a system that maintains a record of transactions across several linked computers. It functions as a database that contains both individual and group transactions. A number of transactions make up a block; the blocks are grouped in protected systems with an identification code that connects each transaction to the one preceding and the one following.

The chains of blocks protect against fraud. The chain cannot be broken in an attempt to either remove or replace code without the permission of all participants in the chain. This technology has a place in all industries and is already being used in many aspects of logistics operations. Fleet management is particularly interested in blockchain’s capacity to manage financials and payment systems.

“Blockchain has extensive promise for every industry. With it businesses can reinvent the very nature of commercial activity, remove intermediaries, and have much more fluid business processes that can be conducted in various ecosystems.” — Kenneth Craig, vice president of McLeod Software

2. Why is blockchain good for trucking?

When most people think of blockchain, they think of Bitcoin, a public system open to anyone—but in reality, blockchain offers many more options. The most effective blockchain system for the trucking industry is a consortium allowing only the members of the group to access the chain of information. Fleet managers, owners, operators, employees, vendors, and anyone else in the supply chain could potentially have access to the blockchain content, creating an efficient, transparent system with a high level of security. 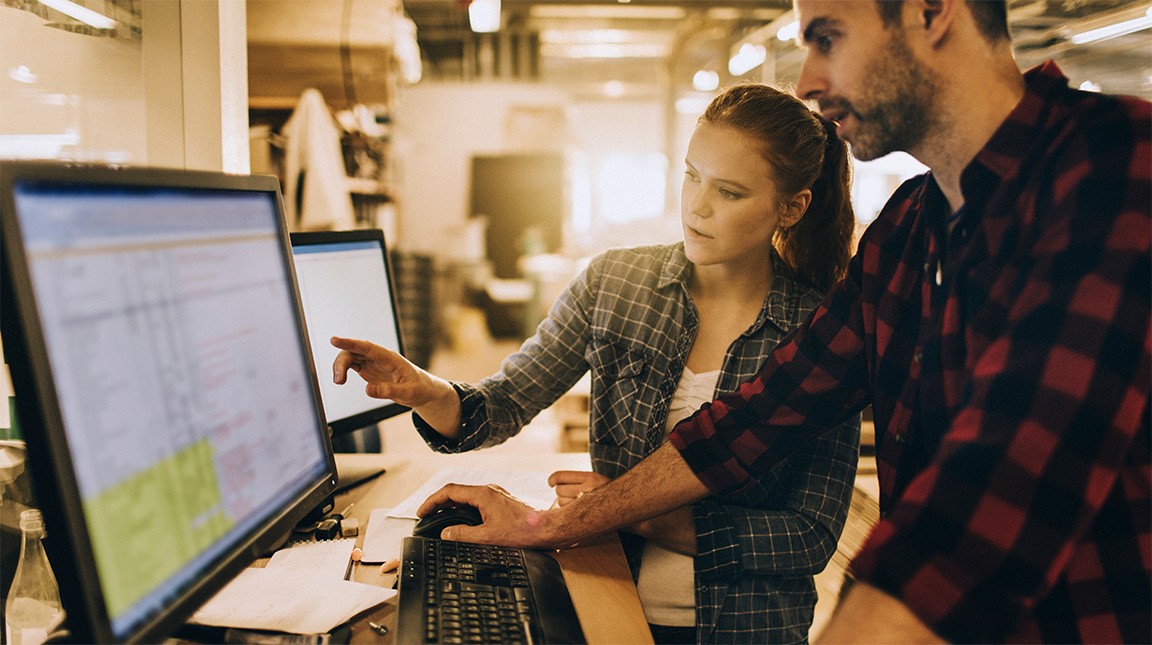 Fleets would benefit by using blockchain for everything from vehicle maintenance and route scheduling to compliance and payment. Companies such as WEX, EFS, and others are already utilizing open access software systems and tools to create efficiencies and transparency within the fleet payment process. Blockchain could provide even more access and further efficiencies in all aspects of fleet management and operations.

For over-the-road and freight brokerages, blockchain technology can provide added protection to shipping and bolster delivery efficiencies. Truckstop.com and Kenneth Craig, vice president of McLeod Software, offer suggestions and insights on just a few ways fleet managers could be using blockchain in their operations today:

One of the most basic applications is the creation of an even more streamlined payment system. Blockchain technology can create a digitized roadmap of routes, and smart contracts written into the blockchain could trigger the instantaneous transfer of funds to a driver once a delivery has been completed.

Trucking companies and fleet management would be able to maintain immutable records on each truck in their fleet, revealing every piece of maintenance performed or damage incurred throughout a truck’s life—from the moment it rolled off the assembly line until it was sold again. Armed with that knowledge, companies could buy, sell, and repair new vehicles more shrewdly.

Globally, about 420,000 people each year die from eating contaminated food, according to the World Health Organization.

Using the blockchain’s digitized roadmap, fleet management in distribution could easily trace a contaminated shipment to its source. In a recent salmonella outbreak at the Chipotle fast-food chain, it took weeks to track the path of the disease to each restaurant location. If the distributor had been on a blockchain, however, it would have taken only minutes to track where and when the contaminated food was delivered. The same idea could be applied to defective electronics or recalled toys.

Coupling blockchain technology with the IoT, or Internet of Things, distributors and fleet management could use sensors placed inside refrigerated trucks to monitor temperature. If the level climbed above a certain degree, drivers would be notified before the food spoiled. Those same sensors could also allow distributors to track and weigh their loads at all times instead of relying on hand-recorded inventories, which can be prone to error. Using blockchain, fleet management could monitor loads and send verifiable data to customers and drivers.

Blockchain also opens up the potential for trucking load-matching apps to identify excess capacity across distribution networks and coordinate efficient load distribution and transportation. This could help fleet management adapt to a shortage of drivers or trucks, maximize fuel efficiency, or identify areas to cut within budgets.

3. How can blockchain work for trucking?

Trucking is a complicated industry with many literally “moving parts.” Coordination of vehicles, people, products, and payment makes the job of fleet management challenging enough; contending with a system that must be embraced by the entire supply chain makes it even more difficult. Jonathan Salama of Techcrunch.com suggests the following three prerequisites that must be met to make blockchain viable in the trucking industry:

First, we must trust the data being entered into the blockchain. For example, some manufacturers require their carriers to have $250,000 of cargo insurance before they will hand off their goods to be transported. If a carrier enters “Yes, we have the insurance” in the blockchain, their customer must trust that to be true. Similarly, carriers must trust the shippers that hire them through the blockchain to pay them for their services.

Because the trucking blockchain will be private, all shippers, carriers, and brokers will be vetted, and relationships will likely be built through contracts and agreements. I would also suggest a level of interconnectivity of trustable data sources. For example, to ensure that a carrier has satisfied insurance requirements, the blockchain should connect directly with insurance companies.

Remember, 90 percent of all trucking companies in the U.S. have six trucks or fewer. These are small businesses. It’s difficult for any small business, not just those in trucking, to have the means to purchase and learn new technology. In order to participate in the blockchain, both carriers and shippers must have access to the software, hardware, and knowledge.

This task will prove to be difficult. Just look at the electronic logging device (ELD) rule as a recent effort to get truckers to participate in a shared technology-driven mission. This was a congressionally mandated rule intended to help create a safer work environment for drivers. The Secretary of Transportation required drivers of commercial motor vehicles involved in interstate commerce to log their miles into a device to make sure they did not drive too many consecutive miles (roughly no more than 11 hours under certain conditions). One month before the December 2017 deadline, only 37 percent of 1,600 fleets were ELD-compliant.

In addition, the costs required to maintain the trucking blockchain system could be substantial (think of the electricity alone that’s needed to power racks and racks of processors).

If a critical mass of small carriers do not participate initially in a trucking blockchain, new carriers must join to replace them. That’s because a lack of supply will drive shipping costs up. Finding more trucking businesses is a tall order because there is already a 48,000-person driver shortage.

All players in the trucking blockchain must agree on how to characterize their data — e.g., what details every purchase order or invoice must contain.

Data standardization is not easy. For example, electronic data interchange (EDI) is a standard in the logistics industry. EDI has been around for more than 30 years, but there is no one overall EDI standard. Different companies use different versions of EDI, which results in very meticulous and time-consuming integration and development work so that companies can collaborate. 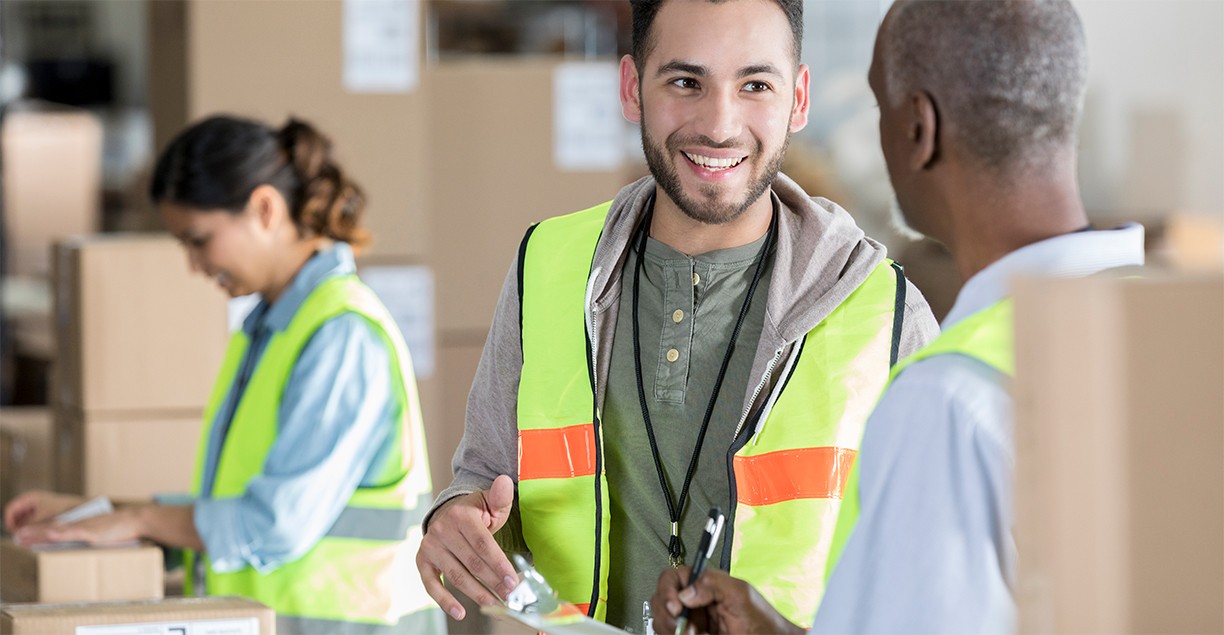 Blockchain is still in its infancy and holds great promise. But trucking must overcome three challenges for blockchain to take off. Getting one of the nation’s most fragmented and conventional industries to trust a new online network and embrace data standardization will take a lot of time and iteration. If we collectively chart the future with this budding technology and anticipate unintended consequences, I believe blockchain could be more than a buzzword in trucking.

Though blockchain might be considered the most positively disruptive technology we have seen in decades, it is not necessarily the right technology for everyone. Currently, the sectors most likely to benefit from blockchain include banking, healthcare, politics, real estate, security, government, education, and law.

Many tech professionals also consider the trucking industry as ripe for blockchain, which is why a new consortium called the Blockchain in Transport Alliance (BiTA) is working to apply blockchain in solving some of the most challenging problems in trucking. This effort is making it clear that if fleet managers, owners, and operators are not already aware of the possibilities blockchain can bring about, they should be soon. Blockchain technology is sure to be a factor in further strengthening an already powerful industry.