Lessons from Florence: Prepare Your Fleet for Next Hurricane Season 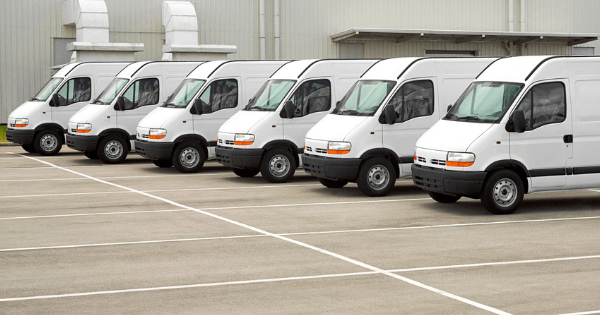 Hurricane Florence dissipated on September 19 leaving behind approximately 38 billion dollars in damage. While the impact of Florence is still fresh, fleet managers should look ahead and prepare their fleets for next hurricane season.

Teach Drivers the Dangers of Floodwaters

Florence brought more rain than any other tropical cyclone on record, and flooding lingered a full two weeks after the storm made landfall. In Forbes, Meteorologist J. Marshall Shepherd made the case for a transformation in the way society views the threat of hurricanes.

He wrote, “Clearly, one thing that needs to change is how people perceive floodwaters. […] As I monitored Florence, I saw video after video of trucks and cars plowing through flooded roads.”

The majority of deaths from Hurricane Florence were due to vehicles caught in floodwater. However, the dangers of floodwaters can be much more subtle than the risk of being swept away. There have been numerous documented cases of bacterial infections from cuts or scrapes exposed to floodwaters. At least one such infection was deadly.

Floodwaters can also be contaminated with spilled chemicals or sewage from overflowing wastewater. Murky waters can hide broken glass, nails, and other debris that can injure a person or damage a vehicle. Drivers should be educated about the dangers of floodwaters until they are persuaded to take those dangers very seriously.

Prepare for Worse Conditions Next Year

In May 2018, researchers published new findings from a massive study of data collected during Hurricane Harvey in August 2017. One of the researchers, Kevin Trenberth, a senior climate scientist at the National Center for Atmospheric Research, spoke about those findings in an interview with Scientific American. Trenberth predicted that, in the future, hurricanes will get bigger and last longer, but that there will be fewer overall storms.

While fleet managers can hope for fewer storms, they should also prepare for increasingly powerful storms with the potential to do lasting damage to both fleets and transportation infrastructure.

Plan Ahead for Next Hurricane Season

An article in Government Fleet Magazine outlines three stories of fleets that weathered 2009’s intense hurricane season with minimal damage and expense. For those fleets, planning ahead was the common thread that improved their situation. Fleet managers should consider borrowing one or more of their strategies for a formal hurricane plan:

Hurricanes are natural disasters that do not have to become tragedies for fleet managers and owner/operators. With common-sense precautions and thorough preparation, small fleets can weather next hurricane season and get back on the road.

Get tips on how to adapt to fluctuating fuel prices here.