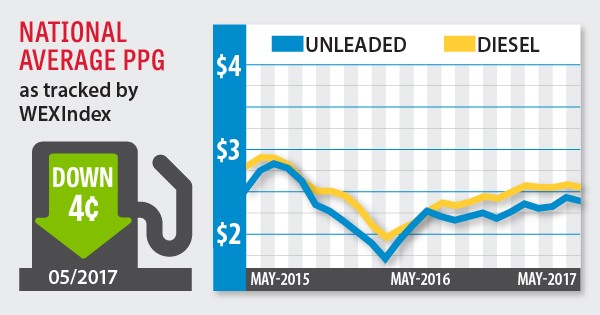 Gasoline demand looks like it is getting back on track based on the past couple of government demand reports. The recent demand readings has given the market some hope for the summer that demand will come close to the record levels of 2016. Most analysts anticipate that the summer driving season of 2017 will be able to at least match last year, but past Labor Day is a giant wildcard.

As strong as gasoline demand has been, so too has been gasoline output from refiners in the U.S. For several weeks total output has topped 10 million barrels per day and as a result inventories of gasoline have not been declining with any significance. Overall, gasoline inventories are below where they were a year ago, but the deficit is fairly modest at less than 2 million barrels.

One of the regions to keep a close eye on is the West Coast. The latest government data shows inventories at the lowest levels of the year and more than 1 million barrels behind the same time last year. A combination of planned and unplanned maintenance at local refineries has quickly thinned out supplies. The California Energy Commission in its weekly inventory report notes that CARB gasoline supplies are at their lowest levels in some 10 months.

Gasoline prices in the U.S. have narrowed toward where they were last year and on June 1st, the spread between 2017 and 2016 is inside of 6 cents per gallon. On June 1st retail gasoline prices in the U.S. averaged $2.381 per gallon, just a few points below where it was on May 1st. Although the U.S. average is narrowing to 2016, there are some states that are outliers. California for example sees current retail averages almost 30 cents higher than a year ago, while most Great Lakes states average prices are a nickel below a year ago.

Recently, OPEC agreed to extend its production cuts an additional nine months, a timeline that had emerged shortly before the late May conclave. The move did little for the markets as it was largely expected to happen this way. In fact, the announcement let some air out of the crude oil balloon with WTI futures falling toward the $48 per barrel level and Brent futures were clinging to the $50 per barrel mark.  Prices are likely to remain stable throughout June.