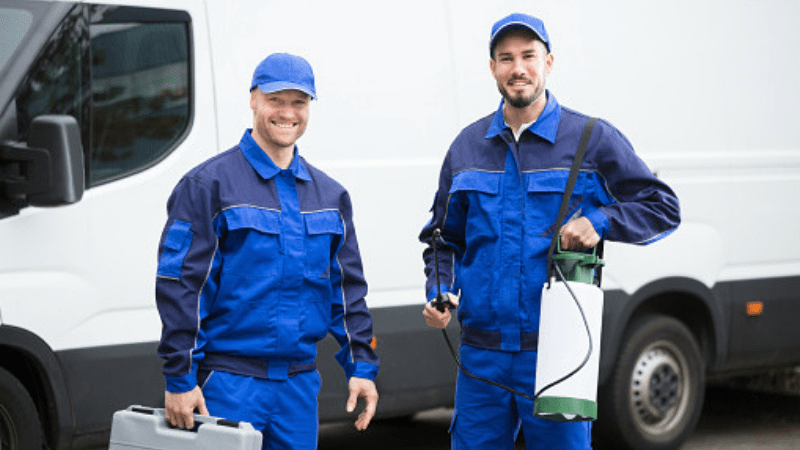 Jeff Bierman is a seasoned pest control manager and expert. From 1995 to 2018, Bierman worked his way up through the ranks to become the Idaho Branch Manager for a national pest control brand. There he oversaw rapid growth while maintaining excellent levels of service and significantly cutting costs. Bierman attributes some of his cost-cutting success to using WEX fleet cards.

“We were growing at a pace of 15-20% per year, which meant the service fleet had to perform optimally. I had to find efficiencies to allow for the increased demand on my specialists and equipment while still providing a high level of service to our customers.”

As part of his managerial duties, Bierman was responsible for a fleet of 15-20 sales and service vehicles. Some of them were new, but most of them were aging. Bierman had driven many of the service vehicles himself on his way to becoming branch manager. In the early days of his career, fueling a work truck had its limitations.

“When I started, we had a credit account at a local service station where we fueled our work trucks. The service station was a small operation with only two pumps. This meant our morning routine included a mad dash to be first to the pump before heading out to our routes,” said Bierman. “It presented a major obstacle for our out-of-town routes. If we were low on fuel in a rural area, we were pretty much on our own. In a few years, we moved to a new fuel network, but we were still limited to locations with their in-network pumps. Those pumps were pretty scarce.”

In the mid to late 2000s, Bierman’s branch switched to WEX fleet cards, and they immediately realized the benefits.

“The first thing we noticed was the convenience,” Bierman stated. “Since WEX fleet cards worked virtually everywhere, we were no longer bound by limited access to fuel. The out-of-town routes could purchase fuel without trouble.”

“WEX fleet cards helped us track security. I think they also served as a deterrent. WEX enabled us to make certain the cards were used for business only,” said Bierman. “We placed user restrictions on the cards that only allowed them to be used for fuel purchases and prevented them from working outside of business hours.”

As Bierman continued to dive deeper into WEX reporting capabilities, he discovered how the powerful analytical tools could reshape his branch and fleet.

“No one tracked anything until I became manager. The only way the fuel bill received any attention was if there were major discrepancies or red flags,” said Bierman. “When I began using the analytics that WEX offered. I didn’t find fraud or theft, which relieved me, but I did find major opportunities for improvement.”

By using the analytics, Bierman identified which service stations had the lowest fuel costs and which employees prioritized fuel savings.

“I could see which employees were trying to save the company money by finding the best fuel prices versus those employees who were using any station at any cost for ease,” said Bierman. “I used this data to create an incentive program. The program publicly acknowledged an employee for saving the company money and gave them a gift card. We called it an ‘attaboy’ or ‘attagirl’ system. It also factored into their annual review.”

Thousands of Dollars in Fuel Savings

WEX analytics provided Bierman with information on vehicle and driver performance which helped him to save money and increase efficiencies.

“If the gas mileage began to decline, it would alert me that something needed attention. Either the vehicle required engine maintenance or a tire pressure check, or the driver needed training – things like that,” said Bierman.

But the benefits didn’t end there. The mileage tracking helped Bierman to know if he needed to hire more staff or if he could improve scheduling and routing.

“To be honest, I’m old school. I wasn’t excited about the technology at first, but I spent a month re-routing and optimizing each service route based on the reporting. In one year, it yielded seven thousand dollars in fuel savings. This showed me that I could save real money by optimizing with WEX fleet analytics. From then on, I fully embraced the technology.”

“I don’t care if a business has one truck or 30 trucks,” said Bierman. “WEX fleet cards make life easier.”