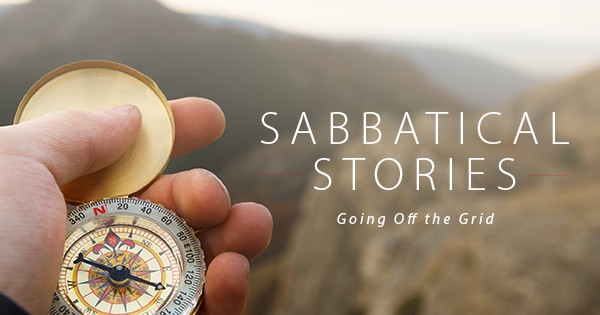 When deciding what to do with her sabbatical last fall, Peggy Watson mulled over several options from her bucket list. Our vice president of product and marketing for global fleet, a 20-year veteran of WEX, says, “I was looking to get exposure to new things and to indulge my creative side and some interests that I have limited time for. I also wanted to do something that I wouldn’t normally do on any vacation and do it in a way that was both rejuvenating and invigorating.”

Through our sabbatical program Expedition, individuals who have been employed by WEX for at least six consecutive years can apply to receive one month of paid leave; Peggy used some PTO to extend her sabbatical to five and a half weeks, during which time she enjoyed many experiences of a lifetime. We’ll let Peggy take her story from here.

“I started with a couple of ‘me days’—things like a visit to the spa and relaxation to quiet my brain and start to disconnect from work. Then my husband and I took a week and traveled up the coast of Maine all the way to Lubec, which is the easternmost tip of Maine. We used to do a lot of hiking and camping before we were married, so we spent the trip doing that—including Maine’s Bold Coast, which I highly recommend. It was October—my favorite month in Maine—a beautiful time of year. We had a great week in a state I adore.”

From Autumn in Maine to an Exploration of Europe

And then Peggy began the European leg of her sabbatical.

“I spent four days in Paris on my own, and while I travel a lot for my job and have traveled alone before, I haven’t traveled alone for a vacation like this. It was an interesting test of fortitude, and it was wonderful. In the evening, I wasn’t sure if going out and dining alone would be as enjoyable.  But I wasn’t alone—in each case I met new people and struck up conversations which I would not have had otherwise. I’m a passionate cook, so while in Paris I also took a day-long cooking class in the home of a professional chef. There were three other students from all different backgrounds, and it was very warm and friendly. We cooked a tarte tatin and a whole fish.

“From there, I spent a couple of days in Venice and then took the train to Florence to meet a girlfriend. We spent a week in Italy, saw art and history through a tour, and had an amazing experience. I tell you, they know how to live in Tuscany. That’s a place I absolutely want to revisit. We hiked every day in the mountains, and it was stunning. Since it was just the two of us, we had flexibility with our tour guide to shift the itinerary based on our interests. He brought us to some amazing out-of-the-way spots. We met the owner of a small Vineyard, toured his wine cellar, tasted his wine and heard his story. We also went to a family farm where they make cheese. We saw the operation and had lunch with the family out in the fields, drinking their local wine and eating their cheese.

'Then we went west to the coast. Along the way we stopped in Carrara, famous for its marble, where we met a sculptor named Martin Foot, a kind and incredibly talented man with a big sense of humor. It was amazing to see his craft and the pieces he’d created. When we met him, he was working on a sarcophagus of a wealthy and important Irishman who was planning his ultimate demise and wanted to have a lot of say over what he’d be buried in. The sarcophagus depicted the man lying with his dog curled at his feet, and Martin was having trouble getting the dog just right. 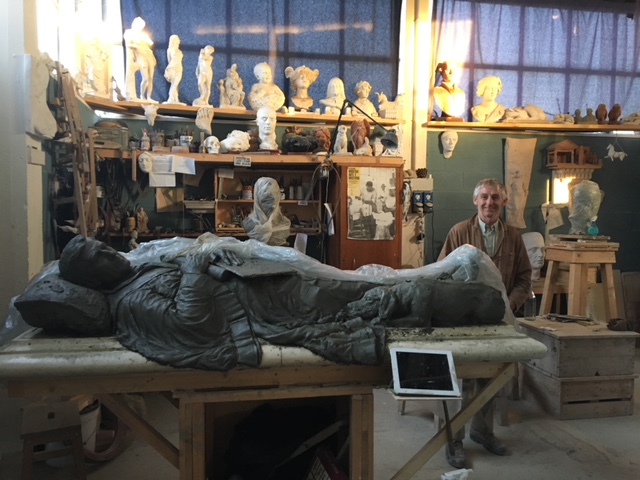 “From there we went to Cinque Terre, which was stunning. There are five little fishing villages perched among the rugged cliffs of northwest Italy overlooking the Ligurian Sea. We did more hiking, took in breathtaking views and sipped prosecco and ate pizza in one of the villages looking out over the sea.

Letting Go of Email and Ego

Once she returned home, Peggy had four days in Maine to ease back into her life—and her time zone—before returning to work refreshed and energized. Does she have advice for other WEXers considering whether to apply for a sabbatical? Yes, she says: Take the time to truly unplug and go off the grid.

“At one point, before I left for my sabbatical, I was thinking maybe I should keep an eye on email and maybe even respond from afar,” says Peggy. “But I realized that if I started doing that, it would create a behavior that was really not what the intent of the program was. And, frankly, life goes on without me. I had a great person backing me up while I was away, and there was no need to intervene. In my absence, everything would get resolved, and if for some weird reason it wouldn’t, it could wait until I got back. It took a little bit to get my head there, but I put my ego aside and said, ‘This is the right thing for me to do for myself, for WEX and for the person who’s going to be standing in for me.’ I let it go, and it was wonderful.”

To hear more from Peggy, read the Glass Hammer’s interview with her, and find more WEX Sabbatical Stories here.