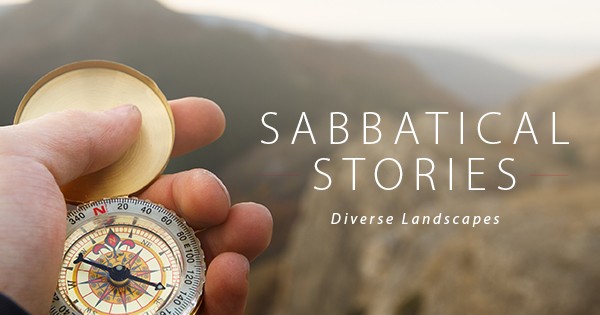 Justine Libby’s first thought when hearing WEX CEO Melissa Smith announce the pilot launch of our Expedition sabbatical program was, “I must do that!” She remembers her reaction was pretty visceral to the opportunity to do something completely different and says “it was absolutely important to me.”

A WEXer for 22 years, Justine says the sabbatical application process was super easy. The hardest part was picking the right time to go that would coincide with what she wanted to do and her workload as director of global sales operations. She knew she wanted to do a month-long trip where she could fully experience a destination that was far away and/or geographically large. On her consideration list were a road trip to national parks in the western U.S., a multi-country European tour, and New Zealand. In the end, she landed on Chile – a destination she’d always wanted to visit – and decided to travel between Thanksgiving and Christmas.

Justine’s initial travel framework was to do three weeks in Chile followed by a week in Brazil where she has family. When she shared her sabbatical plans with her uncle who’s a professor in Brazil, he decided to join her since his school term would be done. With the summer tourist season just beginning in Chile, Justine said they knew they’d be able to be more flexible and opportunistic with the itinerary they developed.

“Chile is long and thin and so diverse geographically – with more than 2,600 miles of Pacific coastline from north to south – so we broke the trip into thirds,” says Justine. “We started with a week in Patagonia, the southern-most area of the country, followed by the lakes district in central Chile, and then headed north to the Atacama Desert. We finished our tour with a few days in the capital of Santiago.”

An Itinerary for Adventure

Glaciers, penguins, and the Andes were on the must-see list for Patagonia, and Justine was not disappointed. They started in Punta Arenas on the Magellan Strait one day taking a boat ride to a penguin breeding colony. Justine expected to experience the penguins from afar. Instead, she says, “I was taking selfies with them – it was pretty awesome.” A day trip into Torres del Paine National Park one day and a boat ride into Bernardo O’Higgins National Park another gave Justine and her uncle the chance to hike and see some of the Patagonian ice field known for its fjords, icebergs, and glaciers. 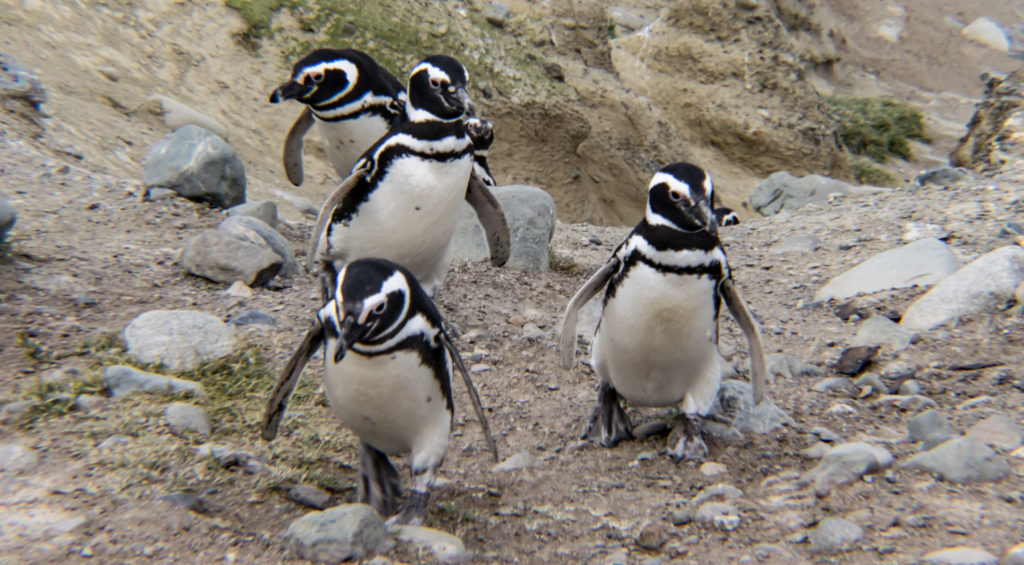 Oh, hello there! Justine was able to get unbelievably close to penguins while trekking through Chile.

A four-day ferry trip took Justine and her uncle to central Chile, with hopes of enjoying the coastal scenery and wildlife along the way. Overcast weather put a damper on their on-board sightseeing, and Justine jokes that four days with no phone, internet, or alcohol left them more than ready to head up into the Andes to the lakes district. Their time there was filled with hiking around volcanoes, taking lake tours, and staying in a lakeside town that’s a vacation spot for local Chileans.

“One of the lakes we crossed was brilliant turquoise – the color is from the water that melts from the glaciers in the Andes,” Justine recalls. “It was really stunning, and that awe-inspiring beauty was the theme of everywhere we went in the lakes district.” 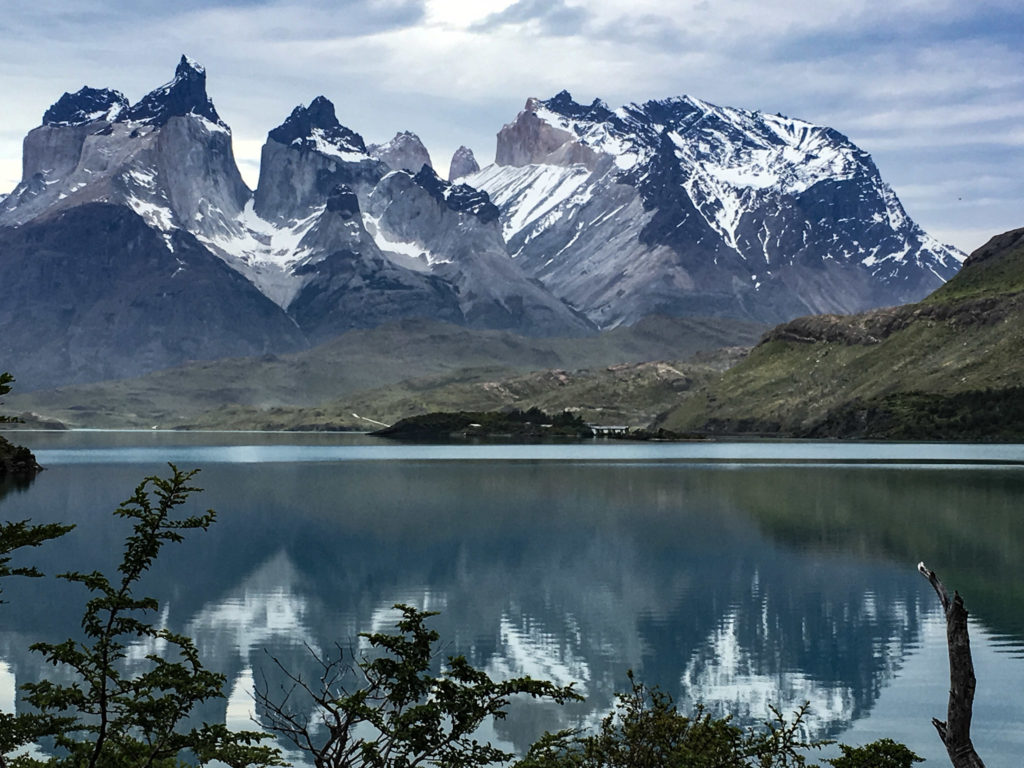 A plane ride brought Justine and her uncle to their most northerly destination – the Atacama Desert which is known as the driest desert in the world. Justine picked this location as she’d never been in a desert before and it has a reputation as one of the best places for stargazing on the planet. During the day, they explored the arid terrain, and a salt water lake oasis, all located about 8,000 feet above sea level. “The desert was beautiful and stargazing at night was unbelievable – you could actually see the Milky Way and it felt like you could reach out and touch the stars they seemed so close,” remembers Justine.

Their last four days in Chile were spent in Santiago, “a really cool metropolitan city with a European feel to it” according to Justine. Then it was off to Brazil for a week “hanging out by the pool and enjoying time with family that I don’t get to see that often.”  A day trip to the Inhotim botanical gardens and contemporary art museum was an impressive and unforgettable experience for Justine. Located on more than 5,000 acres, massive gardens, landscapes, and trails are interspersed with outdoor sculptures, as well as buildings housing contemporary art. Justine says she could have spent another two or three days on the grounds and still not seen everything.

When she planned her sabbatical, Justine knew she wanted to use the time to disconnect from work – even though she did plan to occasionally check her emails. While she was en-route to Chile, however, her password expired, so she was unable to access or send any work emails while away. Justine says that unplanned glitch was one of the best things that could have happened, and it allowed her to fully unplug. 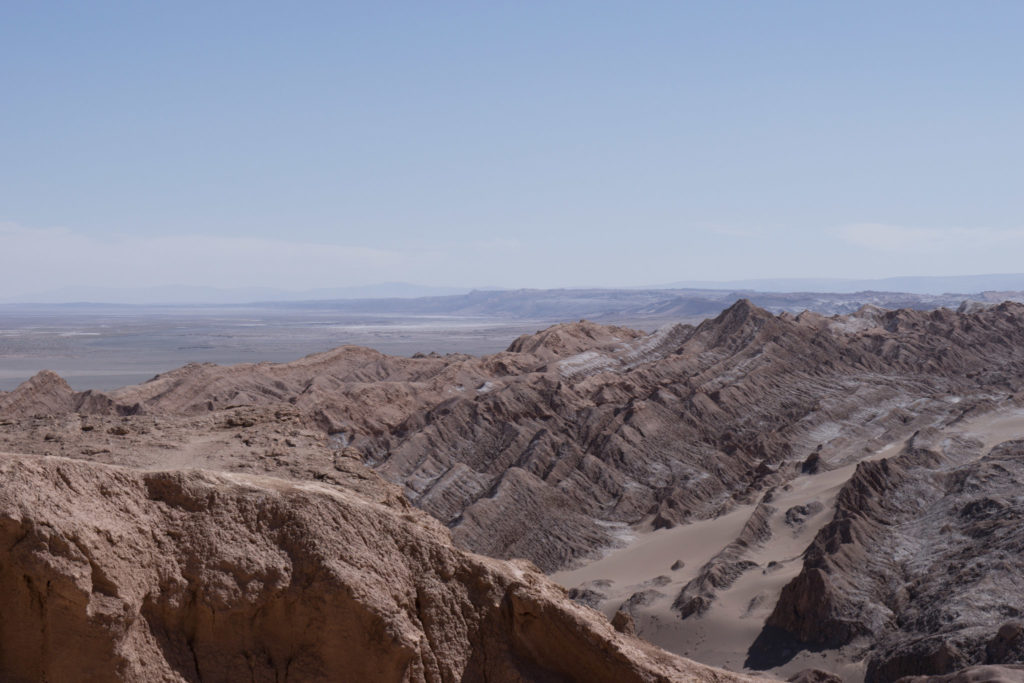 The drastically different landscape in the Atacama desert shows the diversity that can be experienced by exploring all areas of Chile.

Justine returned to the office after the New Year with a fresh outlook on her work, which often involves projects that can run for a year or longer. “I can tend to get into the minutia of things working on longer-term projects,” she says, “My time away gave me a new perspective – helping me make sure I’m focused on the things that are important rather than worrying about everything.”