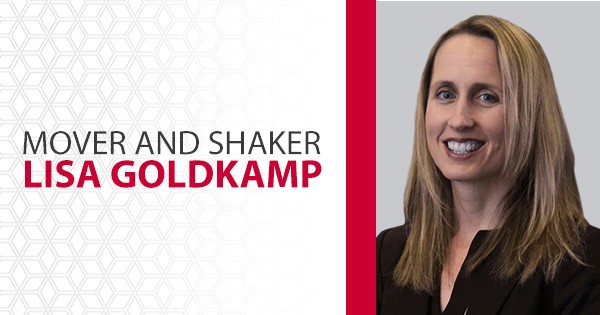 An internship at a company that provided IT training to corporate employees was the first step in Lisa Goldkamp’s career path. Her potential was quickly recognized, leading to a permanent role managing a team of 15 in operations. From there, a combination of hard work and a willingness to embrace change and new experiences has opened doors for Goldkamp, leading to her current role as VP of partner development and sales solutions at WEX Health.

Embracing Change to Advance Her Career

After honing her management skills, Goldkamp moved into an account executive role in sales – a completely new experience that sparked a love of consulting with clients. Change was in the air again when she relocated to her hometown of St. Louis and took a job with a company that, through a series of mergers and acquisitions, ultimately became WEX Health. Since joining WEX, she’s advanced into a pre-sales leadership role that includes working with an expanded team focused on bringing sales excellence to prospective and current partners.

“I find that lots of people choose the path of fear during change, but I consider it an opportunity to grow my impact,” Goldkamp notes. “I look at every change as a challenge to figure out what I can do to embrace new people and situations instead of being paralyzed. Disruption has brought my best breaks.”