United WEX Can: How WEX Supports the United Way and How You Can, Too 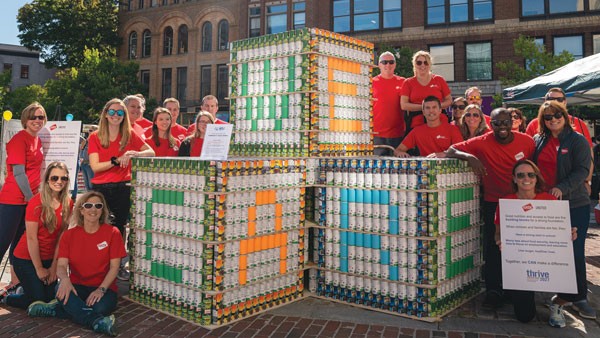 WEX and the United Way go together like peas and carrots—and we’re not just saying that because we participate in the United Way of Greater Portland’s can sculpture contest each year. The organization’s work to improve education, financial stability, and health for individuals and communities aligns perfectly with our own corporate philanthropy efforts.

This year we’re proud to say that more WEXers than ever before have rolled up their sleeves to help the United Way. Both at our Maine offices and at our Health division in Fargo, North Dakota, we have been busy tracking toward our goal of raising $500,000 for the nonprofit. Whether it be through donating or volunteering time using our Volunteer Time Off benefit, WEX depends on our generous employees to help make this goal a reality.

Here are some of the things that WEXers have been up to for the United Way in 2019:

This year, WEX elevated our support of the United Way of Cass-Clay Counties to become a Partner Sponsor, putting us at the same level as many of the most reputable companies in Fargo. And beyond continuing our sponsorship of the United Way’s Emerging Leaders program, WEXers such as Tiffany Wirth, our SVP of healthcare marketing, served as guest speakers at these events.

In July, Fargo-based WEXers also donated backpacks and school supplies to the United Way’s school-supply drive, which ensures that thousands of backpacks are distributed to elementary, middle and senior high students.

And in September, WEX Health and Discovery Benefits, which WEX acquired in early 2019, announced that they had partnered to launch our annual campaign:

John Biwer, who is president of Discovery Benefits, has served on the local United Way board since 2015. To grow awareness of the nonprofit, Biwer and our Health division also created a video sharing powerful stories from our own employees on how United Way is impacting our community.

The effort in Fargo has been driven by WEXer Sarah Sakrison, who worked with a core team, including WEX’s Sherry Olsen and Discovery Benefits’ Jessica Shawn, to host a fun-filled week of events with a Harry Potter theme this past September. In the WEX lobby each day, WEXers raised funds by selling thank-you notes, baked goods and beverages; we also hosted contests, including a Harry Potter costume contest.

And for the annual Day of Caring in October, teams within Fargo dedicated the day to helping local seniors.

As an added bonus, WEX Health and Discovery Benefits’ shared work on these activities was a good way for the two teams to integrate. So far this year, our Fargo WEXers have raised more than $100,000 for the United Way.

WEX and United Way in Maine

Throughout the year, Portland and South Portland WEXers participated in several Days of Caring, wherein we sent volunteers to local organizations to help with whatever they needed, whether it was raking leaves or painting walls. Some WEXers volunteered at soup kitchens, others did a cleanup at local farms. 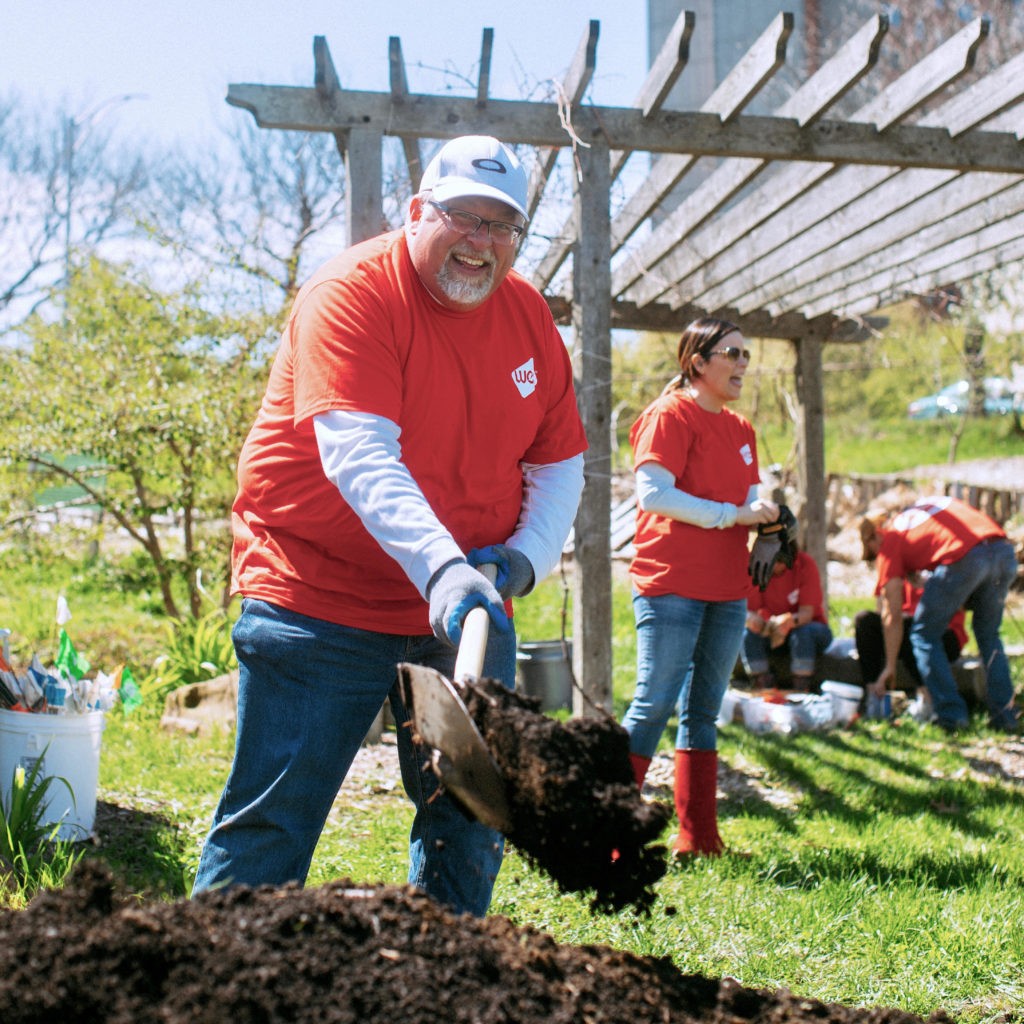 This year’s engagement also included participation in the United We CAN Food Drive + Sculpture Contest, through which 19 companies donated 27,600 meals to Wayside Food Programs and our other local food banks. This year, WEXers collected more cans of food than any year prior.

And on October 17, our Maine offices kicked off our annual fundraising campaign. WEXers are invited to contribute to the campaign through a one-time donation or through payroll deductions. If you haven’t already, we encourage you to make an e-pledge to United Way of Greater Portland here.

If you’re interested in joining WEX’s core United Way team in Portland next year, you’re encouraged to reach out to Kerri White and Jason Paquette, the team’s co-chairs.

Learn more about WEX’s work with United Way, including why we received its Spirit of Greater Portland Award last year and how we’ve participated in the annual Day of Caring in the past.