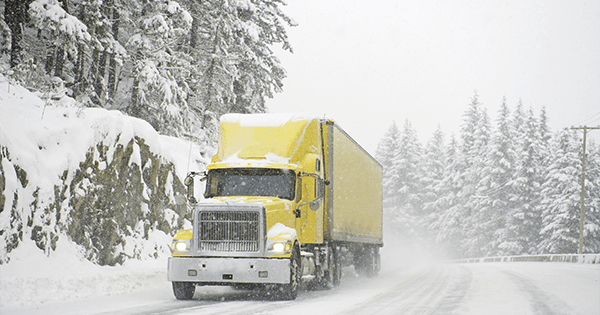 It goes without saying that fleet managers always want to improve their staff's safety performance. No matter how good drivers may be behind the wheel, no one is perfect, meaning that there's always room for growth. This may explain why the National Transportation Safety Board consistently has the safety of professional and commercial drivers among its "most wanted" list when the year kicks off, as it did for 2015.

According to the Federal Highway Administration, commercial vehicles and vans traveled 275 billion miles in 2013. Many of those miles were traversed over snow-covered streets. Winter is among the most dangerous times of year to be on the road, reported the National Highway Traffic Safety Administration, as slippery conditions can make traveling extremely treacherous.

The following winter driving safety tips, however, can ensure that your fleet stays safe when the roads are slick.

Operate at a lower speed
Professional drivers have learned to adapt to weather conditions, but a good rule of thumb is to encourage your drivers to stay at or slightly below the speed limit when the roads are icy. The load that your drivers are carrying increases the time it takes to come to a stop, so a slower speed will keep them in more control.

Increase following distance
Motorists of passenger vehicles are recommended to travel about two seconds behind the nearest car in front of them. Because fleet vehicles tend to be larger and typically carry cargo, drivers should increase their following distance to three or four seconds. They should also be sure to give plenty of room to snow plow trucks.

Never jam brakes
Abrupt, sudden braking is one of the worst things a driver can do when the roads are icy, especially when vans don't have all-wheel drive capability. Jamming the brakes can cause them to lock, potentially leading to a spin out that can lead to an accident. When applying the brakes, firm pressure should be used to come to a gradual stop.

Remove ALL snow from vehicle
If your company has a garage to store your fleet of vehicles in, snow removal isn't a problem before the trip. But it may be after your drivers make a delivery and the snow is falling. They should be mindful of the fact that vehicles need to be cleared of all snow to increase visibility and prevent it from blinding other motorists should clumps fall off en route.

Turn into skid
Your new drivers may be unaccustomed to driving a van in the snow. But it's important to remind them that the same rules apply to vans as passenger vehicles should they go into a skid. In other words, they should be sure to turn into a skid rather than turning the steering wheel in the opposite direction, as tends to be instinctual among those who have never driven in snow before. This will enable the vehicle to correct itself more quickly so that drivers are in command.