Alternative Fuels – Still in the Picture? 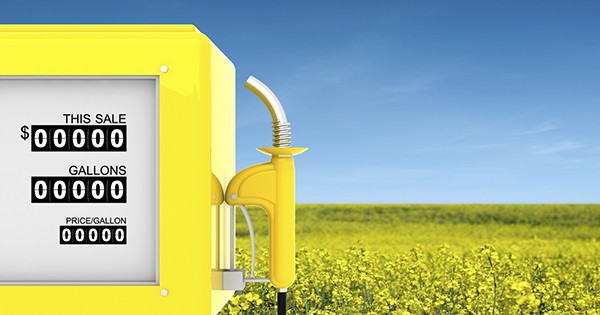 Ten years ago, biodiesel seemed like the next big thing for fleets. Four years ago, natural gas took its place, with a number of truckstop chains making the investment in installing LNG or CNG pumps. And while it never seemed to have quite the public relations push of other alternative energy solutions, propane autogas made inroads into the industry, adopted by a handful of government fleets.

Environmental concerns may have sparked the move to investigate alternatives to traditional petroleum products, but nobody can deny that the recent spike in interest about alternative fuels pivoted on the very real fact of high gasoline and diesel prices. Today’s prices have plunged dramatically from the $4 a gallon of 2008, leaving alternative fuels without the obvious advantage of cost control. Cars and trucks have become far more fuel-efficient, with greater emission controls, which blunts the environmental reasons to switch. Add in concerns about initial investment in alternative fuel vehicles, worries about fueling locations, along with fewer government incentives to make the switch and it appears that petroleum products will remain dominant for the near future.

Yet the march toward alternative fuels continues, with an eye on the long-term needs for transportation.

Biodiesel can be made from all sorts of renewable source products – vegetable oil, animal fats, even recycled french fry oil. Vehicles don’t require modification to use it, but B100, pure biodiesel, proved to perform inconsistently in cold weather. Blends of 5 to 20 percent became the norm. The National Biodiesel Board recently asked the EPA to strengthen biodiesel and Advance Biofuel volumes under the pending Renewable Fuel Standards proposal. The EPA proposal increases the biomass-based diesel requirement to 2.1 billion gallons in 2018 from the current 2 billion gallons, while NBB believes this underestimates potential demand and suggests an increase to 2.5 billion gallons.

“We believe the evidence clearly shows that growing biodiesel volumes will help achieve this Administrations goals for strengthening the economy, reducing carbon emissions and other costly pollution and diversifying and strengthening fuel markets that are now dangerously dependent on petroleum,” the NBB wrote.

Natural gas is formed by the breakdown of organic materials, and is most commonly used for residential and industrial energy needs. But in the past few years, a number of fleets have made a switch to natural gas vehicles. Compressed natural gas (CNG) is used in light, medium or heavy duty vehicles, while liquefied natural gas (LNG) is better suited to long-haul trucks. A number of large truck stop chains have been installing LNG or CNG pumps in select areas, though there are only 80 publicly accessible LNG stations in the country, according to the Alternative Fuels Data Center. There are 923 CNG stations, and numerous fleets that have onsite CNG.

A recent report by BCC Research found that certain fleets using CNG were saving money, even with today’s low diesel prices, as long as they had their own source. But when diesel prices rise, the researchers believe that even retail CNG will be competitive.

Propane autogas, also known as liquefied petroleum gas, is a by-product of natural gas processing. It has been gaining popularity globally for a few years now, but is just beginning to capture attention in the U.S. Alliance Autogas, which helps fleets convert to the cleaner fuel cited an increase in demand when it  recently announced that it has installed more than 800 refueling facilities in the U.S. and Canada. A number of OEMs, including all three major school bus manufacturers, offer autogas vehicles for fleets.

Alternative fuels may not be top of mind for most fleets right now. But there are enough CNG, LNG and LPG vehicles on the road today to keep an eye on what it means to run a fleet on an alternative fuel in real world terms. Environmental concerns still exist, and manufacturers are responding to both regulatory and customer demands for cleaner, more efficient vehicles. It seems clear that at least one of the options now considered an “alternative” will eventually become the standard.