Back to School Zones

Back to School Zones 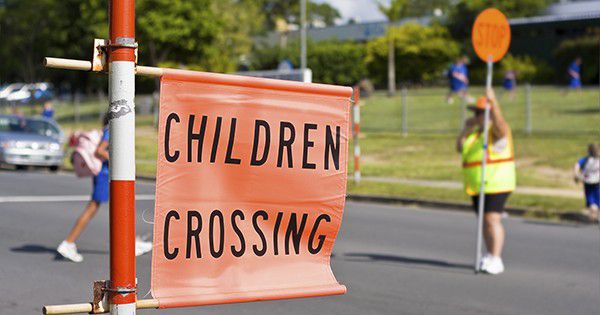 The end of summer brings the reactivation of school zones, those bustling intersections filled with students in the morning and mid-afternoon. This is their space, and drivers know that they must slow down, follow the speed limit, be alert to children dashing into the street. But it’s wise to take additional precautions to keep everybody safe.

Parents will be dropping their children off nearby in the morning or waiting for them to get out of school in the afternoon. That can mean a line of idling vehicles at the side of the road, perhaps even blocking the right lane. Avoid irritation that builds to road rage. Remember, even if the cars should not be there, kids will be running to and from them.

Different municipalities give different degrees of authority to school crossing guards. Some are hired by the police department, some by the school. It doesn’t really matter whether you can win a legal argument about the limits of a crossing guard’s authority. They are there to direct traffic with the sole goal of keeping students safe. They can, and likely will, notify the police if a driver disregards their instructions because that clearly counts as reckless driving.

If a school crossing requires vehicles to slow down to 15 or 20 miles and hour, it goes without saying that every driver should stick with that speed limit. But once it ends, increase speed gradually, since you are still moving in an area where children may dart out unexpectedly. Also, do not speed up and immediately switch lanes. The slow-moving cars behind you are also about to speed up, and you have no idea how quickly they will choose to do so.

School buses have a tougher time navigating through heavy traffic. Be kind. Give them room for wide turns and allow them to merge into your lane when you see their blinker on.  And always stop in both directions when the bus puts up its stop sign.

At times, coming upon a school zone causes a sigh of frustration because it delays a driver who feels pressure to get to the next destination as soon as possible. Instead of indulging in that temporary anger, take the moment in stride. Think of it as a red light or a stop sign — just another part of the traffic cycle intended to keep motorists and pedestrians alive.