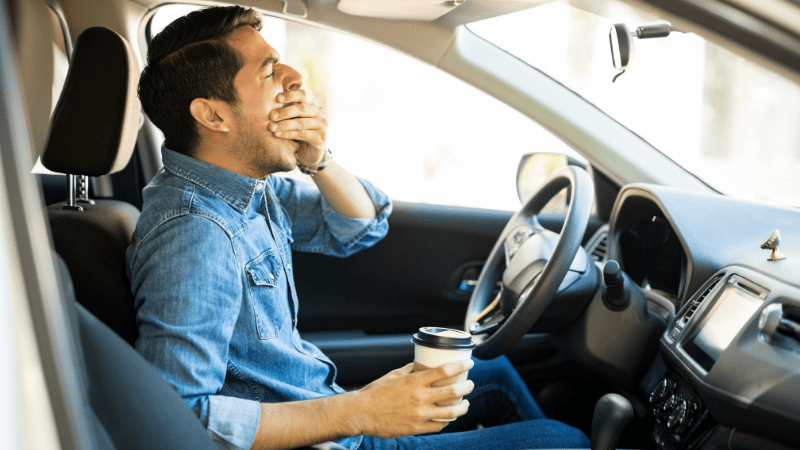 Drowsy driving should be a significant safety concern for small business fleets. As a small business owner or fleet manager, you care about the safety of your employees. You’re also on the hook for on-the-job injuries, which can lead to costly worker compensation claims and lost work time.

Driving while sleep-deprived could even contribute to the nightmare scenario of a serious accident. And as fleets roll into the summer months, there’s a greater likelihood your drivers are packing as much work as possible into the longer days.

Drowsy Driving at a Glance

The first step in combating drowsy driving is to understand its prevalence. According to a recent article from the AAA Newsroom, the difficulty in detecting driver fatigue following a crash makes drowsy driving one of the most underreported traffic safety issues.

This is changing, however, due to a new research study that utilized dashcam video from more than 700 crashes to examine drivers’ faces in the three minutes leading up to the accident. According to the AAA Foundation for Traffic Safety Research Brief, the study found the percentage of crashes involving drowsiness is nearly eight times higher than previous federal estimates.

So Who Is Most at Risk?

Americans are busier than ever. According to a survey of approximately 150,000 adults in 19 states and the District of Columbia, four percent reported that they had fallen asleep while driving at least once in the previous 30 days.

With a fatigued motoring public, the Centers for Disease Control and Prevention (CDC) recommend taking a closer look at who’s more likely to be driving while drowsy:

How to Prevent Drowsy Driving

As with most health and safety issues, an ounce of prevention is worth a pound of cure. And almost all recommendations point back to getting more sleep.

“Don’t be fooled, the only antidote for drowsiness is sleep,” William Van Tassel, manager of Driver Training for AAA told the Newsroom. “Short term tactics like drinking coffee, singing, rolling down the window will not work. Your body’s need for sleep will eventually override your brain’s attempts to stay awake.”

The CDC offers the following tips for preventing drowsy driving. You can share them with your employees before they take the wheel:

It is important to speak frankly with your drivers about the dangers of drowsy driving. Take a moment to ask your employees about their work-life balance during summer months. Well-rested, less-stressed drivers make for healthier, happier small business fleets.