The Sweet Connection Between Kids and Their Trash Collectors 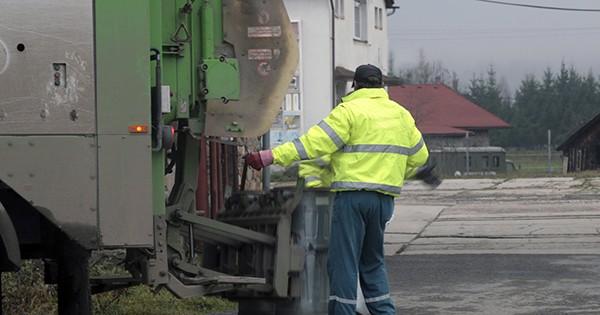 For adults, dragging the trash cans out to the curb is one more household chore they need to remember each week. But a lot of kids look forward to trash day and that moment when the amazing garbage-eating truck stops in front of the house. The driver and collectors become their friends, or even their heroes.

Social media has captured a number of these wonderful friendships between toddlers and trash men:

Holden, Heaton and Wilder were just two months old when they started to notice the garbage truck in their Florida neighborhood. Their mom would always wave to the men on the truck, the driver would honk the horn in response and the babies would look up. Andrew, the driver, would wave at the babies. Soon enough he would get out for some high fives and fist bumps, along with his two co-workers. Now it’s a twice a week tradition for the three toddlers and three trash collectors to hang out a bit on Garb Day. Even when one of the men had to take time off due to an injury, he came by to say hello. “Every time I see them, they just bring me joy,” he says.

From the time she was old enough to notice the garbage truck, Brooklyn made sure she was by the window to wave at the driver, who always honked, smiled and waved back. Eventually she would venture out to the corner with her mom to wave and get that warm smile and wave in return. On her third birthday, she finally met Delvar D., the man in the truck. She waited at the corner with one of her birthday cupcakes, and her mom waved Delvar over. He got out of the truck, she handed him the cupcake, but was speechless in his actual presence. So her mom explained how special Thursdays were for them, and how much she appreciated his big smile and friendly wave. “Then.. (melt my heart)… he explained that he looks forward to seeing us every Thursday as well,” the mom wrote on City of Bloomington’s Facebook page. “He said that he has a meeting every Thursday morning and always tries to get out of there in a hurry so that he can make sure to see us every week. He said he doesn’t have any kids of his own, but he mentors several children and just loves them. After he left, we continued on to daycare. Brooklyn was unusually quiet in the back seat. I asked her if she was okay, and she said, ‘Mommy, I’m so happy.’”

Treasure from the trash truck

Wednesdays are two-year-old Hudson’s favorite day of the week, because that’s when Angelo comes by in his garbage truck. They always exchange waves, and one day Angelo asked Hudson’s mom if it was okay to give her son a gift. It was, and he presented the little boy with a homemade replica of his Sacramento, California, garbage truck. Hudson is enamored with his new toy and his mom was moved to near tears. “It was so sweet. He did something above and beyond for my kid and now we will pay it forward and do something to make somebody else happy.”

“They don’t realize, I’m just as happy to see them,” Angelo says, pointing out that it’s just him on the truck all day and he has very little interaction with other people while on the job. He plans to make and distribute more of the trucks to his young fans along his route. It takes him about two days to make on truck, but it is absolutely a labor of love.