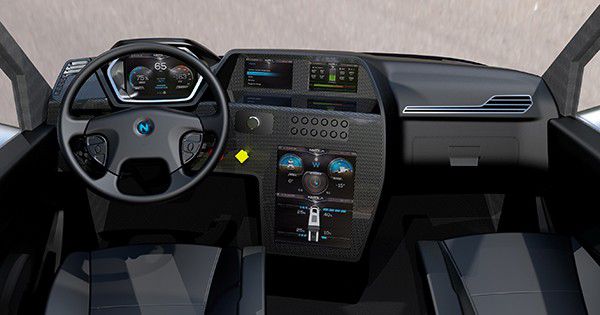 The first electric vehicle made its way down the road in 1890, hitting a top speed of about 14 miles per hour. It was a good replacement for a horse. Gasoline-powered cars were even better.

But over time, fuel costs rose, emissions polluted the air, and the world began to worry about the energy crisis. For the past few decades the idea of electric cars that could truly take the place of a gas or diesel vehicle seemed more dream than reality. Yes some companies produced a model or two, but it didn’t take long before the concept cars’ problems emerged — usually an issue of low top speeds, distance it could cover before running down the battery and the lack of charging stations.

Then Tesla came along and made driving an electric car feasible. Its cars are all-electric, take half the time to charge as past models and can keep up with highway traffic. Though still in its infancy, the company has had its share of success and recently unveiled Part Two of its master plan — and heavy duty trucks and buses are part of the vision.

The company says both are in the early stages of development and will be unveiled in 2017. In addition to being all-electric, the company plans to make the vehicles “fully self-driving.”

Meanwhile, a couple of other companies have similar thoughts. Nikola Motor Company plans to debut a natural gas-electric hybrid truck , Nikola One, at the end of this year, with a claim of zero emissions and a promise of free fuel for the turbines that will power the electric motor.

Daimler/Mercedes Benz recently showed off its Urban eTruck, “as the first fully electric truck with an admissible total weight of up to 26 tons, projecting a market launch at the beginning of the next decade. The company notes that “large cities such as London or Paris are considering a ban on internal combustion engines in city centres in the future. That means there will be fully electric truck ensuring the supply of food or other goods of daily needs.”

Of course the transition from concept and creation to widespread use in the real world will take some time. But what once seemed impossible is creeping toward reality. The fleets of the future, and they way they are managed, could be remarkably different in 25 years.