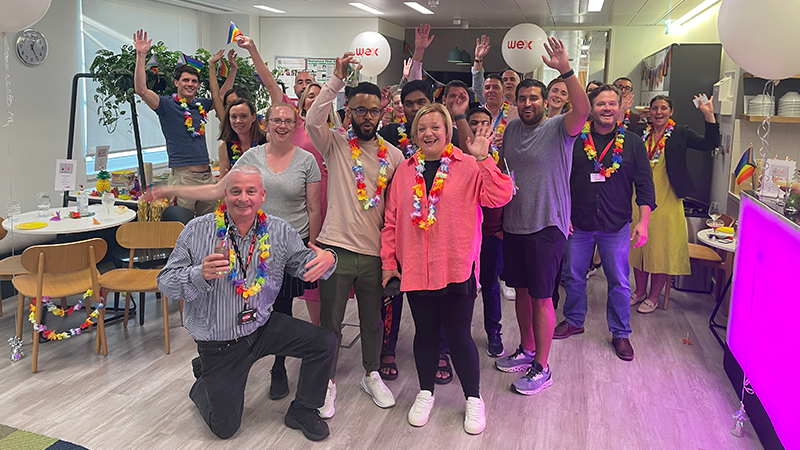 At events worldwide, from Australia to the UK to the US, WEX employees raised awareness in their communities to build an inclusive, accessible, and supportive environment for everyone to feel seen, heard, and welcome.

WEX Celebrates the UK Pride Movement in London and Beyond 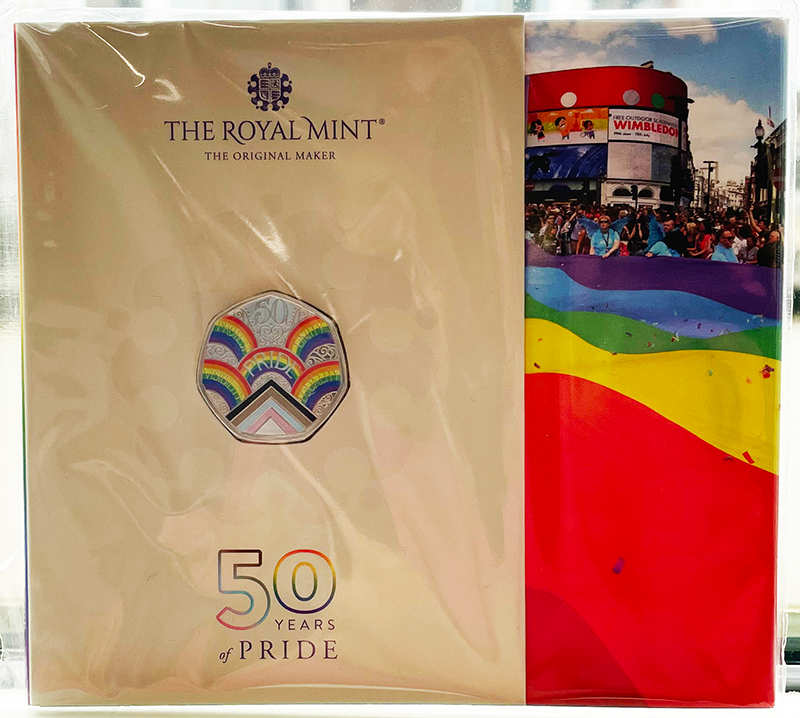 This year is the 50th anniversary of the Pride movement in the UK, and in honor of this historic milestone, the UK celebrated the legacy of Pride with a new commemorative 50p coin designed by artist, writer and LGBTQ+ activist Dominique Holmes.

To celebrate Pride as a company, WEX hosted a pan-European event in July, bringing everyone across EMEA – Europe, Middle East, and Africa -- together to encourage acceptance and equality for the LGBTQA+ movement. Each WEX UK employee received a commemorative coin as part of the celebrations.

"The Power of Inclusion" live virtual session in the UK 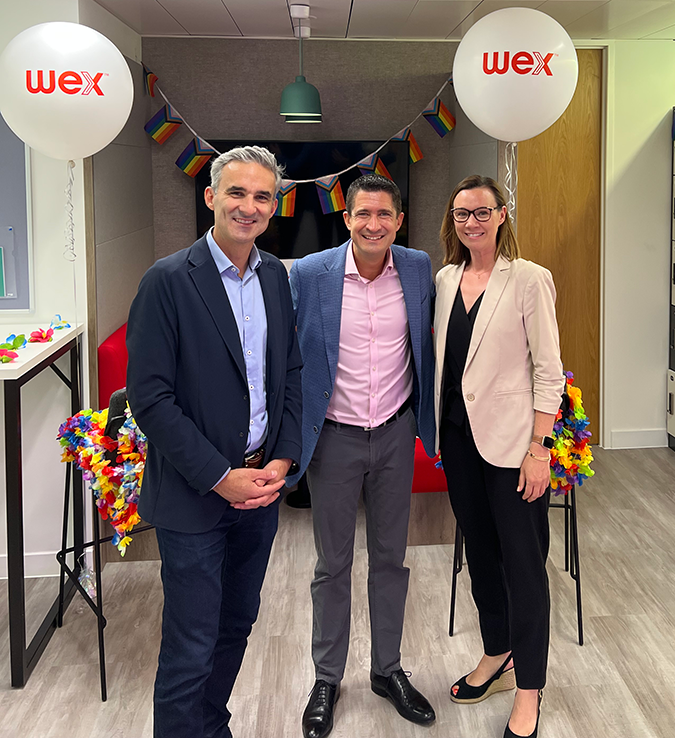 When thinking about how to frame up Pride month, leaders in WEX’s London office, Carlos Carriedo, Chief Operating Officer, International and Coleen Highfield, Senior Director, HR Business Partner, hoped to create a month of activities that would generate a lot of excitement and engagement amongst employees. One of the ways they generated interest with employees was through an interactive live virtual session which included a guest speaker. Employees in Manchester, Breda, London, Dublin, and other office locations joined the interactive presentation remotely to watch, listen, and ask questions.

During this event, speaker Mariano Tufro, managing director at Leadership Minds, a global leader in senior leadership development and high performing teams, gave an engaging presentation about inclusivity. Tufro has been working in people and organizational development globally for 21 years with a mission of growing agile, mindful and connected leaders who people choose to follow. He described his own personal journey as a gay man in Financial Services and stressed the importance of inclusivity. His "The Power of Inclusion" presentation also covered the history of the Pride movement over several decades: 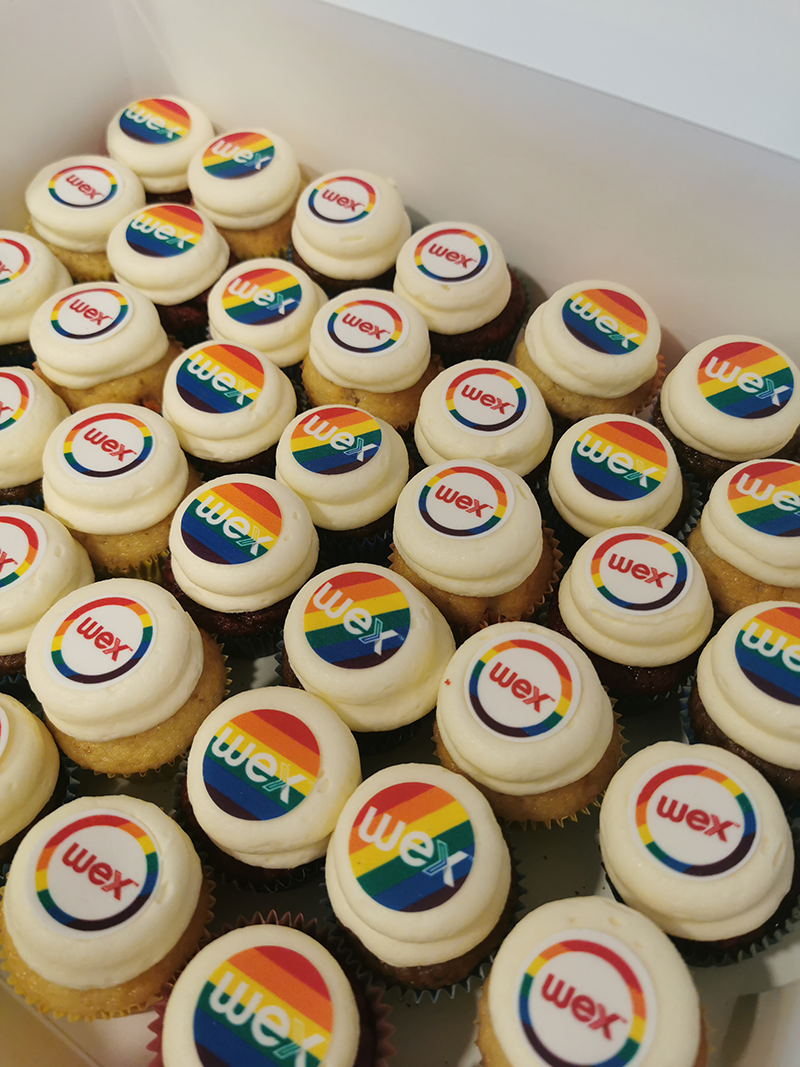 Pride cupcakes in the UK

In the US, UK, and other countries, June is Pride month. Pride month is about both celebrating inclusivity and at the same time commemorating the lives lost in the 1969 Stonewall riots in New York. That day in 1969 was pivotal for the Pride movement: police raided the Stonewall Inn, a gay club in Greenwich Village which led to an all-out revolution. Many see Stonewall as the inflection point of the Pride movement. With campaigns and rallies, Pride Month promotes the history and the vibrance of the lesbian, gay, bisexual, and transgender community.

“We were ashamed to show our orientation back then,” said Tufro, speaking about his early days in the workplace. “Employee networks can play a really important role in making people like me feel more comfortable.” He went on to express how WEX can use its employee resource groups to encourage inclusivity and empathy across the organization. “I was very proud to have Mariano Tufro, an inspirational leader and speaker, join us to celebrate the 50th Anniversary of Pride here in the UK. It was a great session in which Mariano shared his personal journey as a gay man in Financial Services and top tips on how we can celebrate diversity and how we can practice inclusion here at WEX each and every day,” shared Highfield. 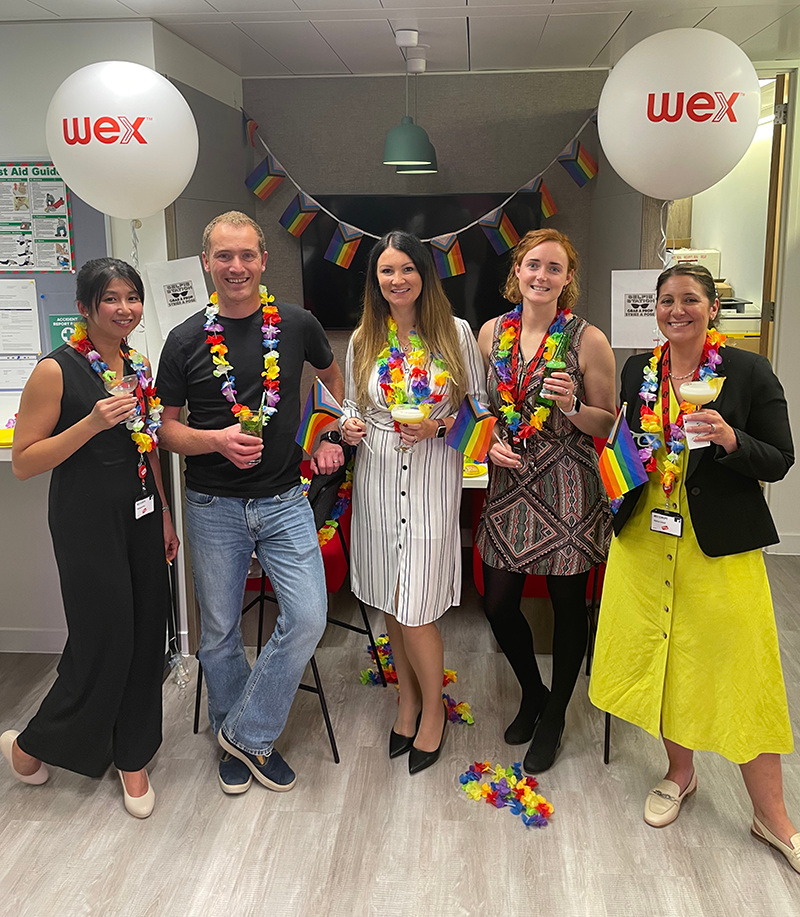 Tufro described the many benefits of inclusion in the workplace: more diversity, better ideas and collaboration, and attracting the best people out there. “You need a growth mindset and the ability to learn,” stressed Tufro. He provided four important characteristics for building inclusivity at work:

When exploring the concept of communication in the workplace, Tufro provided these statistics: 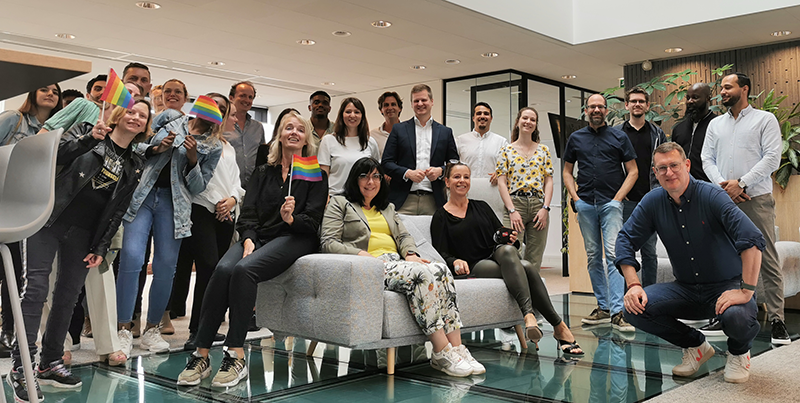 The stats support the idea that being together physically fosters the best communication, followed by video conferencing, phone calls, and lastly, emails. Being mindful of our communication in the workplace and practicing inclusion each day will build more diverse and collaborative teams. “I was thrilled to host this event to celebrate the Pride Movement in our local offices in Europe. This year marked the 50th anniversary of the Pride movement here in the UK and it was great to see us all come together to celebrate this special occasion. We had the honor of having Mariano Tufro as our keynote speaker who gave a truly inspiring talk,” shared Carriedo. 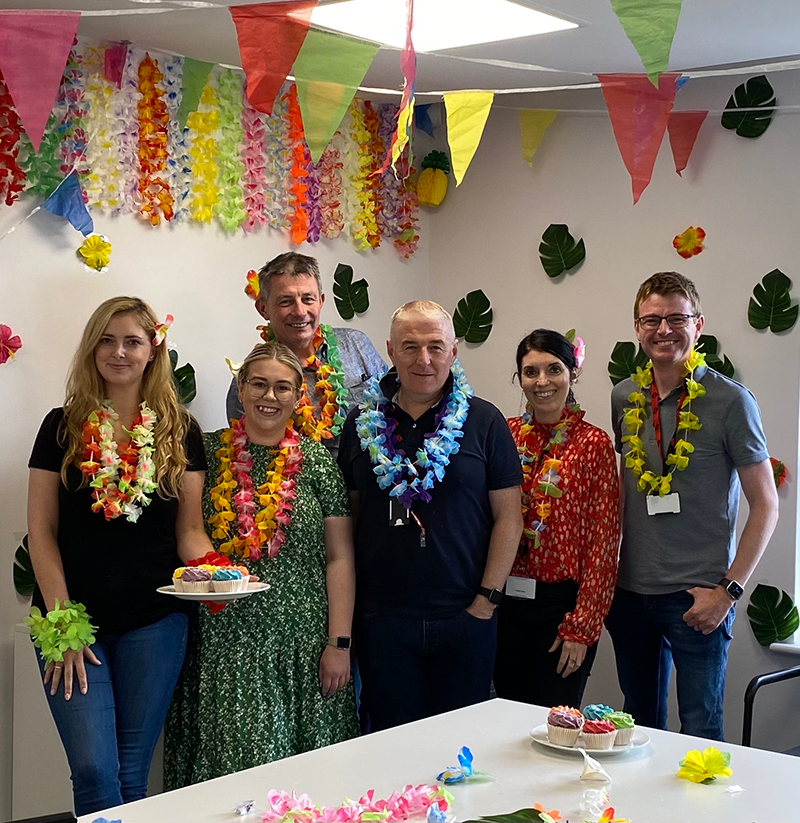 After the session, the local offices had drinks, nibbles, WEX branded cupcakes/cake for everyone to enjoy.

WEXers in Portland, Maine, marched in the local Pride parade just down the street from the global headquarters. WEX is a proud sponsor of Equality Maine and Pride Portland! to benefit the LGBTQA+ community.

Lauren Pierce, a WEX employee for 15 years, said, “The Pride Parade is always a fun event. My family and I have marched in the parade for many years and my kids were thrilled that we were going to be able to participate with WEX and the Pride ERG again this year. We enjoy being able to be there and support the LGBTQ+ community. It is also impressive to see both large and small Maine-based businesses marching together.” 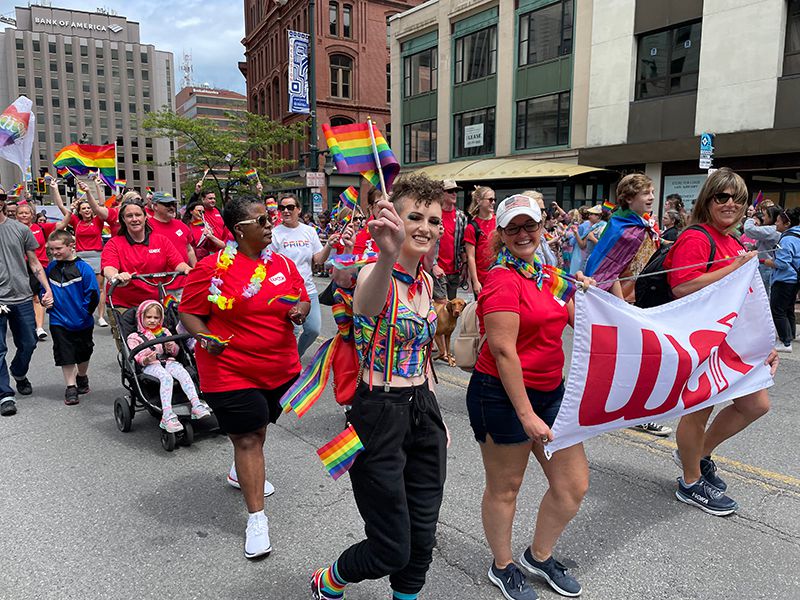 Kim Sorensen, coming up on her 29th year at WEX, marched in the parade and said, "Hats off to WEX for supporting all their employees. It's so important that we show the rest of the world how it's done. We're a community. We're part of this community and we support each other. We're so fortunate to have a company that supports us - that we can be out at work and be okay with it. Everyone knows who we are. That's really important. To know who you are and to be safe and to be okay. And we want to show our kids coming up." 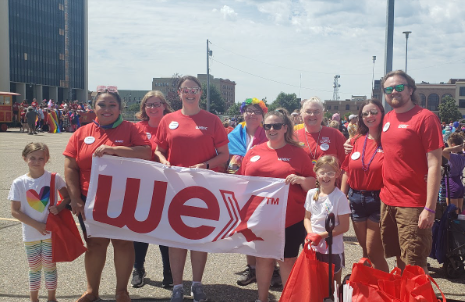 Further west in the US, employees in Fargo, North Dakota hosted celebrations in August. WEX had a booth at Pride in the Park; an event that attracted over 3,000 participants during which WEXers chatted with participants about both culture and open positions at the company. This event is one of the nation’s largest rural pride celebrations and the parade stretches through downtown Fargo. 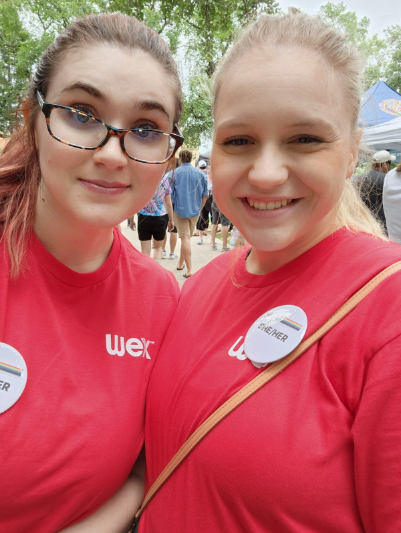 WEX friends showing up for Pride in Fargo

WEX’s nine ERGs have been a way for employees to connect during the pandemic and beyond. These groups create a sense of community through virtual meetings and events, leadership programming, diversity programming, and providing a conduit for bringing together WEXers from different parts of the world. 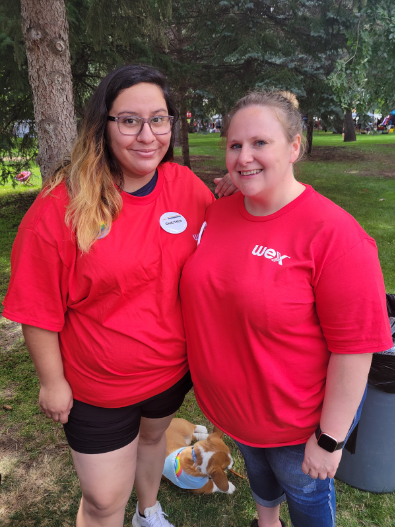 WEXers at a Pride event in Fargo, North Dakota

The WEX Pride ERG is focused on fostering a community of shared values, promoting a culture of inclusivity. The group accepts everyone and highlights the supportive networking that the group facilitates and the high level of diversity within the company. Because of this group, WEX now includes and encourages employees to add a preferred pronoun to their email signatures.

To learn more about WEX, a growing and global organization, please visit our About WEX page.