The Evolution of Blockchain: Check Out This TEDx Talk by Our Own Nicola Morris 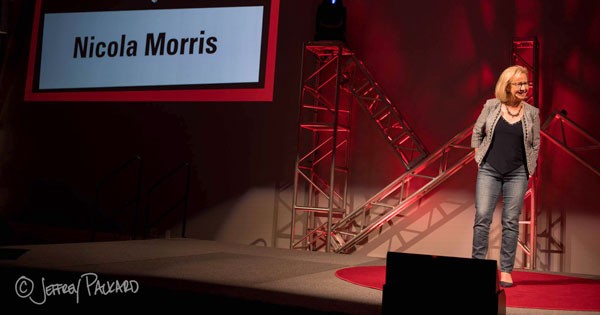 In early November 2018, Nicola Morris took the stage in Portland, Maine, at the TEDxDirigo conference. With thoughtful clarity and humor, our chief corporate development officer and president of emerging markets used her 12-minute talk to demystify blockchain technology—no easy task!—and to passionately position it as the future of value exchange.

She told the crowd, “I believe that blockchain has the potential to transform commerce the way the internet transformed communication. …Bitcoin is the most famous use case of blockchain, at least today, but blockchain is where the magic happens. It can simplify the complicated, streamline the convoluted and create transparency and trust. It can transform commerce.”

Prior to joining WEX in 2014, Nicola worked at Verizon Communications, where she was focused on new business opportunities, identifying M&A targets and creating communications related to Verizon’s growth strategy. She also previously worked at Digex, Iridium and for the U.S. government. Today she leads WEX’s corporate development team and is responsible for our corporate strategy, M&A, marketing and new business ventures, including our businesses in Latin America and Australia.

Having logged over two decades of experience in high-tech industries, Nicola knows a technological turning point when she sees one. During her TEDx talk, she compared those who are skeptical of blockchain today to those who were once nonplussed by the introduction of the world wide web.

“I think we’ll see a similar evolution here,” Nicola said. “Private blockchain networks will become more and more common and easier and more intuitive to use. The information will become richer as the assets change hands and they grow until ultimately we’ll have a web of transaction information, maybe even a world wide web of commerce.”

Nicola also dissected the mechanisms and possibilities of blockchain and examines how this system can create more trust and transparency across the many ways we buy, sell or analyze value. “I see [blockchain] as the technology that’s going to democratize and revolutionize commerce—freeing up hundreds of billions of dollars in cost and making it easier for all of us to trust and transact,” she concluded.

This talk was given at a TEDx event using the TED conference format but independently organized by TEDxDirigo. Co-founded in 2010 as a world-class platform to celebrate innovation and creativity in Maine, TEDxDirigo aims to be a catalyst for positive change in the state and world.

To dig in to the ways WEX expects blockchain to apply to our lines of business, read our post on 3 Ways Blockchain Has Potential to Transform Travel.