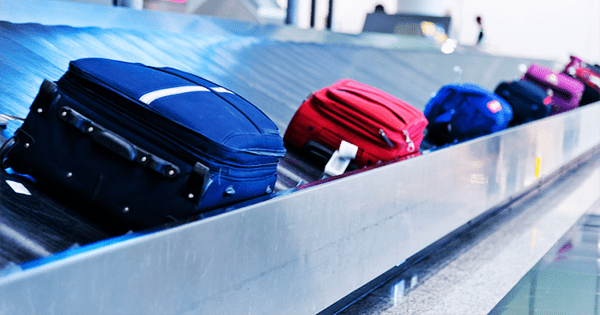 Blockchain, the ledger technology that makes Bitcoin possible, has been a buzzword for years now. The potential seems limitless, but the reality is unclear. In the travel sector, blockchain has been said to be everything from the death knell of OTAs to the decade’s most overhyped trend. The 2017 Payments Pulse survey from WEX showed that while most CEOs surveyed were confident in their understanding of blockchain, only a few had a concrete idea of how blockchain would make their business more competitive (view this video to learn more about the survey results). Meanwhile, investment in the technology is huge because everyone knows that it’s going to be a game changer, even if they don’t know how.

Right now we’re in an era of innovation and experimentation with blockchain. Just as in the early days of the internet, there will be as many failures as successes, great ideas that turn out not to be feasible or commercially viable and huge innovations that nobody could have even imagined. The decentralized nature of blockchain makes the price of entry low and accessible to anyone, which means a huge opportunity for innovation from around the globe and across all industries. The unique advantages of the technology could change the face of our lives, from how we access healthcare, to how we verify our identity, pay for services, and, of course, how we travel.

So how could blockchain apply to the travel industry? Here are some possibilities:

1. Payments and smart contracts. Payments in the travel industry are notoriously complicated, due to the number of players and the use of multiple currencies. The transparency and immutable nature of Blockchain mean that there is an unchangeable record of each transaction, making auditing unnecessary.

In addition to storing data, blockchain can also incorporate logic in the form of “smart contracts.” These contracts could be set up and executed to automatically pay commissions, split payments between different vendors, or ensure negotiated rates and fares are adhered to.

2. Verifying and tracking data. The key benefit of blockchain is in tracking data in a permanent form. Since data can only be added to the blockchain, but never changed, and is permanently “chained” to the previous block of data, it’s nearly impossible to be hacked. And since that data is verified by multiple sources in a decentralized model, the data cannot be changed or altered by any single entity. This makes it an ideal technology for anything that requires verification. Some applications in travel could include:

3. Managing inventory. Blockchain could also be ideal for managing inventory, such as hotel rooms. The decentralized aspect of blockchain means it is plausible for a hotel to publish its inventory to a shared ledger and partners, such as OTAs, book from this ledger of rooms. And since the information is verified individually by each node, the data is accurate and up-to-date throughout the network.

These are just a few examples of blockchain’s potential in the travel industry, but the possibilities could also include anything from municipalities tracking Airbnb rentals in their city, to loyalty programs where points could be traded among people and between brands. There has also been a fair amount of speculation that blockchain will affect the “middlemen” in the travel industry, including OTAs and banks. The argument is that since it can be inherently trusted due to its transparency and immutability, trusted third parties will no longer be necessary. However, most experts agree, the value of these “middlemen” goes well beyond a simple view of trusted relationships and their value in the overall travel ecosystem will evolve as technology evolves.

Smart companies are investing resources into figuring out the best applications for the technology, while also understanding its limitations. Not every business use case makes sense to transition to blockchain, and the technology also has its current drawbacks, such as the speed of transactions.

From corporations investing millions of dollar into the technology, to individual coders around the world creating their own innovations, we’re in a period of exciting growth and experimentation. Only time will tell how blockchain will evolve, what applications will be imagined, and how it will impact the nature of the travel industry and beyond. 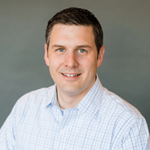 Ryan has over fifteen years of technology, payment and banking experience with a proven track record of using technology to solve complex business challenges. Prior to joining WEX, Ryan built and led large-scale, business-focused technology teams at Capital One that supported the Treasury Management and Capital Markets lines of business. In the last 2 years, he assembled a team of over 100 engineers and implemented a 100% agile development shop to drive innovation in Corporate Payments. Ryan holds a Masters of Business Administration from Rockhurst, Graduate Certificate in Systems Engineering from Johns Hopkins University, Bachelor’s Degree in Computer Science from DeVry University, and several professional certifications (Certified Treasury Professional, Project Management Professional, & Six Sigma Green Belt). Ryan is a board member for the Boys and Girls Club of Southern Maine (BGCSM) after having merged the resources of BGCSM and WEX to create CodeX, a community program to teach kids coding and expose them to STEM learning.