One Year, 14 WEX Tech Talks and All the Free Pizza You Can Eat 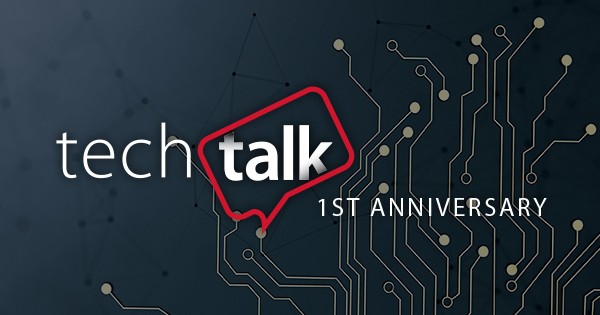 One year ago, we held our first WEX Tech Talk. Since then, we’ve hosted 13 more—and WEXers continue to leave inspired. Described as “show and tell for adults,” the talks allow employees to hear from fellow team members about a tool they’ve built, an application they’re using, a project they’ve been working on or a technology they’ve found game-changing. The program has been enormously successful and well-attended, and we have big plans for its future.

The social hour and refreshments we provide don’t hurt. But the real draw (both for those who physically attend our Tech Talks and those who tune in via Livestream) has been something even more delicious. The talks have underscored our people’s unadulterated enthusiasm for technology as well as WEX’s culture of continuous learning.

Loosely modeled after the TED Talks we’re all familiar with, WEX’s Tech Talks emerged last year through the encouragement of our Chief Technology Officer, David Cooper, who has been a big proponent of driving efficiency and innovation across WEX.

Tech Talks were also born of a problem that’s all too common within big and rapidly growing companies like WEX. Namely, though we count some of the most capable and brilliant folks in the business as WEXers, we had inadvertently created knowledge silos. And as our people became engrossed in different projects across fleet, health and corporate payments, they weren’t always communicating with colleagues outside their own team.

Tech Talks have been a way for us to cut through silos and stay connected so that we’re speaking the same language and using the same tools—no matter which line of business we work on.

To date, all WEX Tech Talks have been hosted in our South Portland office; however, we’re excited to have other offices host talks in the coming year. Each talk begins with the presenter introducing the technology and describing or demoing how it works for WEX and how we can utilize it better. A Q&A follows, in which both live and virtual attendees can participate.

In year one, WEXers presented on topics including automation, blockchain, machine learning, microservices, robotics, UX and so much more. All Tech Talks are filmed and archived for employees to review at their convenience.

What to Expect: Year Two of Tech Talks

We’ll take a short break in August to focus on our Hack to the Future hackathon. Then we’re back in action with topics like Artificial Intelligence, Infrastructure as Code and a session with our corporate technology leadership.

And in the fall, we’re hosting Tech Talk Portland, our first Tech Talk event open to the public. To be held September 27 from 4:30 p.m. – 7 p.m. at AURA, it will include a keynote on technology futurism from software expert John Ellis and a panel discussion on innovation in Maine featuring local tech leaders. We hope that this will be the first of many such community events.

WEXers from any office location who would like to present a Tech Talk this year are encouraged to contact Kate Odden at kate.odden@wexinc.com to pitch your idea.

If you’re looking to be part of an organization that prioritizes innovative, future-forward thinking, check out our careers page.