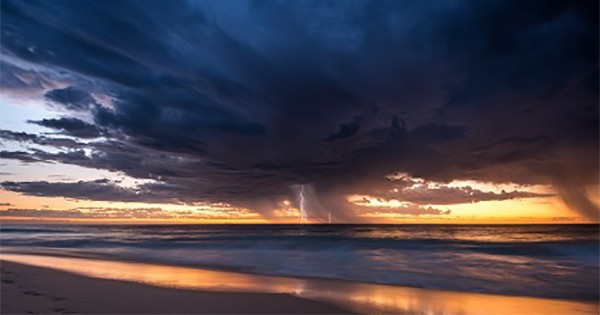 Climate and weather are key factors when deciding where to visit, what to do while you’re there, how much you’ll enjoy the trip, and sometimes, how safe you’ll be. When booking a trip, tourists plan for a destination’s general climate, but during their trip they’ll be affected by the specific weather at that time, which may be very different.

As temperatures increase around the world, some destinations will be wetter and others drier. And that means extreme weather is expected to increase. Susanne Becken, PhD, professor of sustainable tourism at Griffith University notes, “Tourist destinations will benefit from understanding potential climatic changes in their area and how they might impact their operations.”

Some destinations have always had extreme weather, and that’s part of their appeal, like the US’ Death Valley and Svalbard, Norway. But, unexpected extreme weather, such as major hurricanes and snowstorms, is a different story.

A few years ago, the Insight Department of VisitScotland produced a paper, “Extreme Weather: Impact on Tourism and Events.” It reported that “the seeming plethora of extreme weather events in recent years, and the linking of this pattern to climate change, has led to them being described as ‘the new normal’.”

The impact of extreme weather on travel is one of Skift’s 2018 megatrends, and in a piece earlier this year, Dan Peltier took a look at the topic, writing: “Recent storms like Irma and Maria brought entire islands including Barbuda and Puerto Rico to their knees, and for many western travel companies, the harsh realities of climate change suddenly felt much closer to home and brought new lessons on how to communicate with travelers during a storm.”

VisitScotland (which acknowledges people don’t visit Scotland for the weather!) addresses a misconception that our changing climate means areas will get a bit warmer. “If the researchers are correct about the jet stream becoming more erratic, the UK, being situated underneath its path, is likely to see considerably more extreme weather, including heavy rainfall and droughts as well as extremes of temperature, including cold spells. The idea that the UK will simply shift gradually to a warmer climate is misguided.”

And, yes, some destinations may benefit from increased warm weather, but as Mike Hower writes in The Dirt on Tourism and Climate Change, “Even tourism businesses that benefit from warm weather could suffer from a warming planet. While businesses in the tropics might enjoy longer beach seasons, warmer temperatures in the mid-latitudes could reduce tourists’ motivation to travel there, opting instead for nearby destinations.”

A post by Victoria Tourism Excellence in Australia a few years ago noted, “climate change is likely to pose a profound challenge in some Victorian tourism destinations, while providing opportunities in others,” including an overall extension of peak and shoulder seasons, but a shorter snow sport season. Plus, “the potential impacts on ecosystems could affect the natural beauty of certain destinations with distinctive landscapes, and increased risks of bushfires, drought and other natural disasters could threaten the future viability of many tourist destinations and businesses.”

Changes in climate and weather have also created “last chance tourism.” Travelers want to see things that are vanishing because of climate change, including the Great Barrier Reef and Greenland’s Ice Sheet. In 2014, Tom Bastek wrote for travelpulse.com, “Some condemn the tourism saying that the trip to Greenland added to the CO2 that is contributing to the ice melt and others will say that it is good for people to see the damage that is being done so that they can go home and tell others.”

In addition to changing patterns and flows, extreme weather and climate change are expected to lead tourists to increasingly “learn to check for risk-related items, such as the likelihood of a cyclone, how far their bungalow is from the beach, is their hotel in a flood zone, and so forth.”

Researchers in the UK surveyed travelers in 2015 to find out how extreme weather influenced their travel plans. Of the 2,000 Londoners and Glaswegians who responded, 740 (nearly 40%) reported a total of more than 1,000 long distance trips affected by extreme weather and natural events over the previous three years.

Another survey conducted by Event Scotland survey found that almost 70% of events held in 2012 “were adversely impacted by the weather. Most of these experienced reduced attendance. Other impacts included increased infrastructure costs, increased build and break-down/site reinstatement costs, increased financial risk and delays.”

When extreme weather changes travelers’ plans and keeps them from visiting a destination, the economic effects ripple through the area. For example, the drought in the western US has reduced snowfall in the Lake Tahoe area of California and Nevada, affecting the area’s $1.3 billion sports and recreation industry. Limited snow has been directly tied to “record-low attendance at ski resorts, which in turn harmed restaurants, hotels and other businesses accustomed to servicing customers drawn by snow sports.”

And extreme weather can have a lasting impact on a destination after the event itself. Fifteen years ago, a European heat wave that was responsible for tens of thousands of deaths created a significant shift in traditional tourist flows for several years.

Be Ready to Adapt

According to the United Nations World Tourism Organization, “For tourism, climate change is not a remote event, but a phenomenon ‎that already affects the ‎sector.” Interestingly the affects aren’t expected to create a net loss in demand for tourism, but will likely lead to increases in demand for alternative destinations.

Destinations need to plan for not only the long-term major impact of climate change, but also the more immediate (and likely more frequent) impact of extreme weather. Travelers will look for companies that offer flexibility and travel companies will benefit from working with partners, like WEX, who can help them quickly adapt to new patterns and the changing flow of tourists from one part of the world to another. 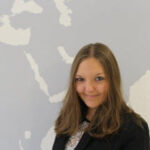