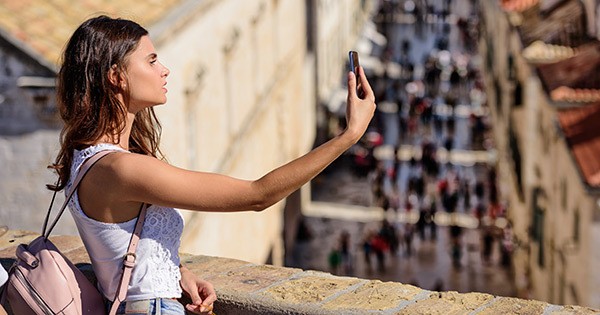 The travel industry isn’t necessarily a predictable one, even in a good year. While some trends have lasting power, others come and go. This year has shown us that major events like the World Cup in Russia, the heatwave in the UK and across Europe, and even hit TV shows can have major, and often unexpected, impacts on travel habits and trends. Here are three types of events we’ve seen this year and the surprising (and not so surprising) impacts they’ve had.

A Major Sporting or Cultural Event

Not so surprising: Everyone expected the World Cup to bring an influx of visitors to host country Russia, and they were right. According to Russian officials, five million tourists visited the cities involved in the tournament, including 2.9 million international travelers. 10,000 England fans alone arrived for the semi-final against Croatia, making last minute travel plans to a country once thought hard to get to. While impressive, none of this is too surprising, nor is the fact that Russia’s tourism profile has skyrocketed thanks to an incident-free event and the eyes of the world on its cities.

More surprising: First, while everyone was focused on the travelers going to Russia, what was not considered was that many Russians would be staying at home. The Seychelle Islands saw an 18% drop in Russian visitors and overall received much less tourism than expected this summer.

Another factor that would have been hard to predict was how both fan and team behavior could impact travelers’ views of a particular country. The enthusiastic fans of the Iceland team, with their now famous “Viking thunderclap”, made a positive impression on the world. Whether it will have an impact on tourism remains to be seen, though any opportunity to show off in front of billions of television viewers across the world certainly helps.

Not so surprising: Travel companies are used to dealing with impacts of dangerous and destructive weather events, such as hurricanes, working with customers to change travel plans away from impacted areas, and arranging to get travelers out of harm’s way.

More surprising: What is sometimes not considered is the impact more favorable weather patterns have on travel. This year’s heatwave in the UK, though extreme and dangerous in its own right, has had a favorable travel impact on British tourism, and a less favorable impact on destinations frequented by British tourists normally seeking a warmer respite.

The Association of British Travel Agents (ABTA) reported that two-thirds of British travelers were planning a staycation this year, and also noted a trend to booking later. Those who held off on travel plans until the last minute likely stayed home where the temperatures were the hottest in Europe in late July. The number of holidaymakers, both domestic and from abroad, was so high that it stressed many coastal locations.

The coastal county of Cornwall, always a popular beach destination, received more visitors than it could adequately cope with. The tourism board even stopped actively promoting its beaches, as traffic jams and overcrowding caused massive safety problems where emergency vehicles could not enter certain locales.

A Hit TV Show or Movie

Not so surprising: A popular television show or hit movie has the potential to raise the profile of a featured destination just because exposure to millions of viewers is bound to pique interest. An example: The movie Braveheart exposed viewers to the beauty of the Scottish Highlands and put the region on the map for American tourists.

More surprising: In recent years, television and films have become more influential than ever in determining travel destinations. Tourism boards are tuned in to this trend and heavily market filming locations in their areas. The Croatia tourism website prominently caters to fans of the television series Game of Thrones who are drawn to the country to see the fictional locations of King’s Landing or Essos – and then discover the attractions of real-life Croatia. Scotland has also had another boost more recently than Braveheart, as fans of the hit TV show Outlander are eager to see the beautiful locations where the show was filmed.

This year has shown that a number of things can influence travel plans – some are expected and can be planned for, while others seem to come out of nowhere. But by keeping an eye on the latest cultural developments, a savvy travel company can use flexibility and an insight into human behavior to change course and offer travelers what they’re looking for.

With WEX since 2016, David looks after our travel customers. David joined WEX as a Solutions Engineer, having previously held accounting and system development roles at a travel customer of WEX – this experience provides David with a strong technical understanding of our virtual payments solution. David holds a Bachelor of Science degree from The University of Texas at Arlington and currently lives in Austin, TX.