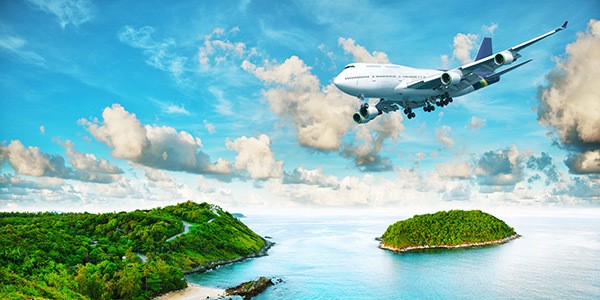 British holidaymakers jet off to far flung destinations
Since the low-cost revolution back in the late nineties and early noughties, which at one point saw more than 50 low cost airlines operating across Europe, British travellers have been jetting off to European destinations in their millions every year. However, over the past two years, the rise of long-haul low-cost services, led by Norwegian (the third largest low-cost carrier in Europe) has seen many Brits heading to far-flung destinations instead of those closer to home.

Before the launch of easyJet back in 1995, when its first flight took off from London Luton Airport to Glasgow for just £29.99 (or for the price of a pair of jeans as the ad told us), British holidaymakers would have to pay a lot more for their flight to Europe, let alone a long-haul flight to exotic destinations such as Asia and South America. The low-cost revolution changed all that.

Today, a quick search on easyJet and you’ll find sale fares from London to Amsterdam for just £26.99 each way (even cheaper than a flight to Glasgow back in 1995) or you could jet off to Barcelona with Ryanair in November, which is currently selling seats at a staggering £14.99 each way (price checked August 1st 2017 and is less, of course, the usual added extras such as the cost of baggage and seat selection). However, 22 years after the launch of easyJet, the low-cost price war continues as airlines battle for your hard-earned money.

Over the past couple of years however, we have seen a dramatic rise in the number of low-cost airlines offering long-haul services as the British holidaymaker becomes ever more adventurous with their travels, keen to discover new and exciting destinations.

Norwegian is certainly leading this charge and is constantly adding more and more long-haul routes to ever growing list of destinations. From its base at London Gatwick, the airline offers several direct services to destinations across the US including New York, Boston and San Francisco and recently announced new services to the Far East (Singapore) and from February next year, Norwegian will launch its first route to South America with the addition of a Gatwick to Buenos Aires service.

British Airways parent (IAG) is also getting in on the act with its new low-cost long-haul carrier LEVEL.

The new airline, which operates out of Barcelona, offers direct flights from the Spanish city to destinations such as San Francisco and Los Angeles and just a few weeks ago, launched new services to Punta Cana in the Dominican Republic and Buenos Aires.

According to reports, LEVEL won’t remain confined to Barcelona, with airline bosses releasing a statement saying it is the first step towards LEVEL’s expansion from other European cities.

Could LEVEL be heading to London?
Only time will tell, but it would appear logical for BA’s parent owner to launch a low-cost long-haul airline in the UK and go head-to-head with the likes of Norwegian.

Whilst the growth of long-haul appears to be led by these new low-cost carriers, OTA’s and Operators such as Southall Travel has also recently announced a boost in bookings to far-flung destinations. According to a report on the Travel Weekly website, Vietnam is the new ‘rising star’ with holiday bookings up 22% on the previous year. The report also reveals a rise in bookings to other long-haul destinations such as Myanmar and Chile.

All of this suggests that whilst European holidays will, of course, remain as popular as ever, a growing number of British holidaymakers are looking to experience new and exciting long-haul destinations and with new long-haul services being launched every month, it looks like this growing appetite for long-haul holidays, is here to stay.