Spain Reigns But Greece Is The Word For British Travellers

Spain Reigns But Greece Is The Word For British Travellers 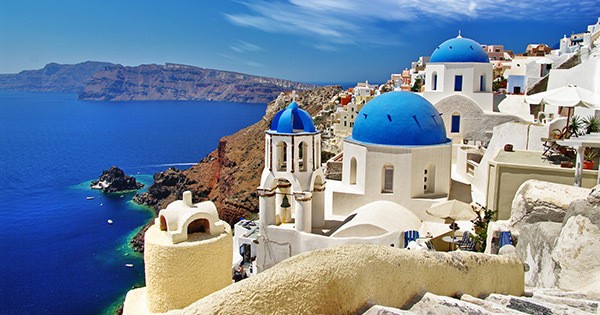 Our recent whitepaper “The State of International Travel” revealed that despite the impending Brexit and ongoing security concerns, British travellers continue to enjoy foreign travel, taking almost 71 million trips in 2016, up 8% on the previous year according to the Office For National Statistics, and this growth appears to be continuing.

Spain has continued to reign, enjoying a very busy 24 months, consistently named the most popular destination amongst British travellers with visitor numbers up 13% last year (compared to 2015) and whilst Spain was almost at capacity this year, Greece was also enjoying a welcome boost.

Earlier this year, Thomas Cook reported a 12 per cent rise in bookings and named Greece its “standout destination” for 2017 and in the same report, the holiday giant said there was strong demand for other destinations such as Bulgaria and Cyprus.

Furthermore, our whitepaper revealed that in the first quarter of 2017, searches of package holidays to Greece were up 19% on the same time last year and whilst the search growth slowed down slightly during Q2, searches were still up by 13% (Google EMEA Travel Dashboard).

As we head into 2018, we will see if this rise in searches and bookings is continued and if Greece has indeed enjoyed a bumper year, but the signs are very positive.

Looking elsewhere across Europe and Africa, over the past few months, several operators and OTAs have announced a rise in sales of holidays to both Turkey and Egypt, with one major OTA naming the Egyptian resort of Hurghada its fastest growing destination this year.

To further support this rise in popularity, Thomas Cook revealed Turkey and Egypt are both attracting more holiday bookings, suggesting that prices in what it calls ‘safer’ destinations continue to rise.

Fankhauser told the BBC that Spain's popularity was driving prices higher and the firm was seeing evidence that people were turning back to Egypt and Turkey.

The Thomas Cook boss also said the firm has resumed selling holidays in Tunisia to Britons for the first time since the attack in Sousse in 2015.

Our whitepaper also revealed that destinations across the UAE were set for a bumper year with the country experiencing double-digit YoY growth in searches at the end of last year and the beginning of 2017 and key OTAs are now seeing these searches convert into bookings.

One large UK based OTA, which has historically focussed on short-haul holidays, recently told the UK media that Dubai was proving a ‘very popular destination’ amongst its customers this year.

According to the report covered in industry bible Travolution, the OTA has also witnessed a dramatic rise in sales of holidays to Tel Aviv, Israel.

Further evidence that early search data gives us a good indication of future bookings can be seen in our whitepaper, which suggested that the US could see a drop in growth, with package holiday searches down in the first half of this year. Go forward a few months and an announcement from the US Travel Association revealed a significant drop in visitor numbers throughout this year. There are perhaps many reasons for this decline such as the rise Air Passenger Duty prices, a poor exchange rate and the political landscape.

However, media outlets across the UK are relating this decline to what they call; the ‘Trump Slump’.

Over the coming weeks and as OTAs and operators announce their travel trends for 2017, we will have a much better understanding of travel landscape. However, one thing is clear, there is a direct correlation between search data and bookings and as our whitepaper revealed, whilst Spain has experienced a bumper year, many other destinations have enjoyed a boost in bookings over the past 12 months.