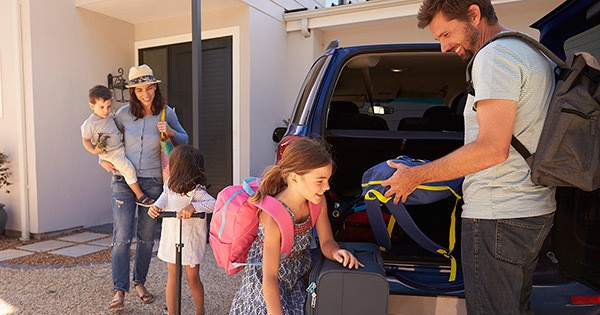 In 1989, just 3% of the US population possessed a passport. And, as Sally Peck writes for The Telegraph, while that figure has grown to 42%, it’s still the minority.  This means the majority of Americans travel domestically.  Expedia surveyed 1,000 Americans late last year, and found that of those who traveled at least one time during the previous two years, 60% traveled within the US once or twice a year, and “59% of travelers do not venture outside of the country on a yearly basis.”

The continued growth of domestic travel and the subsequent feedback from its 1,300 members recently led the US Travel Association to “make structural changes as it doubles down on domestic leisure travel growth.” Dan Peltier reports for skift.com that the group’s “increase in domestic tourism advocacy will include areas the organization has lobbied on such as US national parks, infrastructure, and getting more travelers enrolled in TSA PreCheck.”

The Association’s Travel Trends Index, released this summer, found that in June the industry saw its “102nd straight month of overall expansion.” This trend was helped by “the strength of domestic business and leisure travel,” which is expected to increase 2.6% over the next six months. David Huether, senior vice president for research, said, “For the first time in the history of the Travel Trends Index, both the business and leisure segments of domestic travel expanded every month during the first half of the year.”

A forbes.com piece published in May shared the results of Generali Global Assistance’s Travel Insurance division’s annual travel survey. It found that US vacation budgets aren’t increasing, which is leading 45% of travelers to vacation within the US this year--a 5% increase over 2017.

According to its CEO, Chris Caricelli, Generali Global Assistance cited “increased consumer confidence” as the reason “summer travel has rebounded nicely over the past two years.” In fact, the survey found 68% of Americans planned to head out on a summer vacation.

In a September post we explored the resurgence of road trips in the US, which offer flexibility, lower-cost options and plenty of experiences to choose from.  Another domestic vacation trend that’s saving Americans money is the move to make winter destinations attractive year-round.

In a recent On Experience opinion column for skift.com, Colin Nagy notes, “Prices for lodging can be two-thirds lower than in the winter, representing value for great hotels.” He admits it’s a long-term effort to “build year-round brands, with towns bringing off-season activities that have grown in momentum year-over-year like Vail’s noted culinary events and high-level gatherings like the Aspen Ideas forum.”

Other examples include hiking and fly-fishing in Wyoming and a Colorado “cowboy town experience.” Nagy cites several statistics that demonstrate the positive impact in Colorado—summer tourism has grown from 4% to 14% in recent years. And the city of Vail hosted 40,000 people for July fireworks, 15,000 more than attended its largest winter event (US Open Snowboarding Championships).

What about those who are going international?

While passport holders are the minority in the US, those who do travel internationally do it often. It may surprise some to know that Americans represent 20% of long-haul travelers. Two perennial favorites are London and Paris, with both often described as top picks or top bucket list locations for US travelers. The closer to home beach resorts of Mexico and diverse options in Canada make those two countries popular destinations, as well.

But, there are some new locations and experiences that are growing in popularity with US travelers. According to TripAdvisor, “US bookings placed cooking classes and food tours in the top ten this year, with 51% and 49% growth respectively. An interactive Spanish cooking experience in Barcelona where travelers learn to make paella and Spanish tapas with a local chef, and a guided street food tour in Rome with pizza, pastries, and sightseeing, were among the fastest growing experiences.”

Other categories showing up in TripAdvisor’s “fastest-growing categories” for US travelers included, historical and heritage experiences (98% increase in bookings) and sunset cruises (89% increase).

Domestic travel continues to dominate US travel trends for a variety of reasons—many more than we could cover here.  The cost, flexibility and, in some cases, nostalgia make it attractive. But, like their counterparts around the world, some US travelers will always want bucket-list, once-in-a-lifetime, searching-for-family-roots experiences that take them further from home. 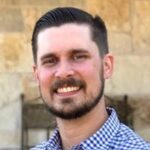 With WEX since 2016, David looks after our travel customers. David joined WEX as a Solutions Engineer, having previously held accounting and system development roles at a travel customer of WEX – this experience provides David with a strong technical understanding of our virtual payments solution. David holds a Bachelor of Science degree from The University of Texas at Arlington and currently lives in Austin, TX.