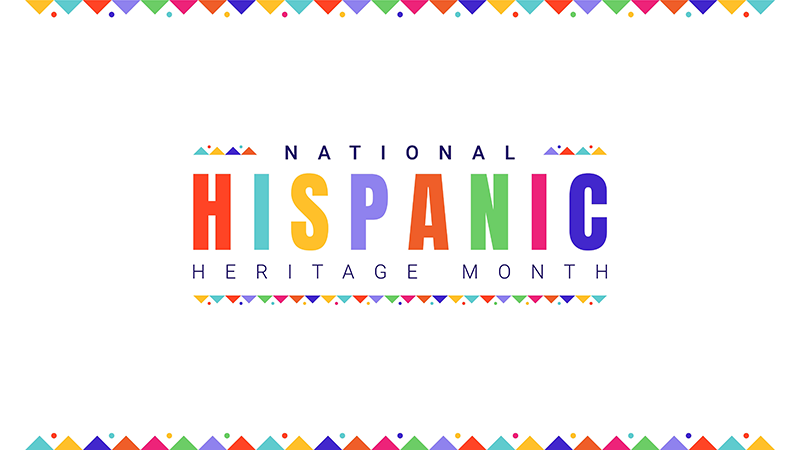 National Hispanic Heritage Month is celebrated in the United States for one month beginning Thursday, September 15, 2022. This time is dedicated to remembering and honoring the histories, cultures, and contributions made by Latin and Hispanic Americans in the US.

A history of Hispanic Heritage Month in the United States

Over 50 years ago, US President Lyndon Johnson launched a week-long celebration of Hispanic heritage. Since then, the one-week event has grown into what is known by many as Hispanic Heritage Month, which is intrinsically linked to the independence anniversaries of several Latin American nations and uplifts the cultural legacy of a group deeply rooted in rich traditions.

One way for companies to encourage diversity and inclusion is through the engagement provided by employee resource groups (ERGs). An example of that is how hispanic heritage is honored at WEX through the LatinX @ WEX ERG. The mission of the LatinX ERG is to develop a network of support, which embraces "Cultura" and Latin Heritage.

The LatinX ERG began at WEX in 2020 and it has grown from six members to its current membership of over 135 people. Carlos Escobar, Senior National Account Manager, Large Fleet for WEX, and current President of the ERG, created this group in 2020 when inspired by the political and social movements of that summer. With the social justice movement in full tilt in the US and calls for racial equity, Carlos began to more deeply reflect upon and recognize his Latin culture both as a US citizen, and as an employee of WEX. That August he submitted an application to form the LatinX ERG, and has since seen many members grow in their identity through LatinX. The community allows people to get in touch with their cultures and heritages allowing them to bring their most authentic selves to WEX.

The importance of Hispanic Heritage Month to employees in the US

Carlos shared with us why Hispanic Heritage Month is meaningful to him. He was born in Cali, Colombia, and came to the States before he turned one. He was brought up bilingual, communicating with his family primarily in Spanish. Now living in Florida, and especially around Miami, where his parents currently reside, there is a large Latin community and influence. As Carlos shares with us, “The 31 days that make up Hispanic heritage month is a celebration of who we are as an ethnicity across the board and within the Latin community, it is a lot about family, food, and having lots of fun. Wherever you go in the Latin community you see a lot of that.”

Important to these celebrations is the food, which Carlos has a unique appreciation for. “My mother ran a Colombian restaurant in New York City for 25 years. It sat over 200 people, although it didn't start that way. It started as a small restaurant that sat five or six people. It was called 'La Pequena Colombia,' translated to 'small Colombia.' Bringing the tradition of authentic food, people would gather for quinceaneras (A quinceaneras is a 15th birthday celebration in the Latin culture, celebrating the transition from childhood to adulthood - primarily for women), weddings, and many other celebrations. La Pequena Colombia was a very popular and well-known restaurant in the borough Jackson Heights, located in Queens, New York. Carlos’s mother serves as a role model and inspiration to him, coming to the States with no education and launching a successful business from scratch.

As we honor the LatinX community throughout this month, WEX is proud to share some of the rich histories, cultures, and contributions of LatinX people and allies with roots from Spain, Mexico, the Caribbean, and Central and South America.

Below is a list of events scheduled at WEX in celebration of this month:

This will include a history of the Celebration Hispanic Heritage month, information about the contributions of Latinos on the American economy, an inspirational story regarding the college dreams of immigrants, and so much more!