Team WEX Triumphs at Tri for a Cure 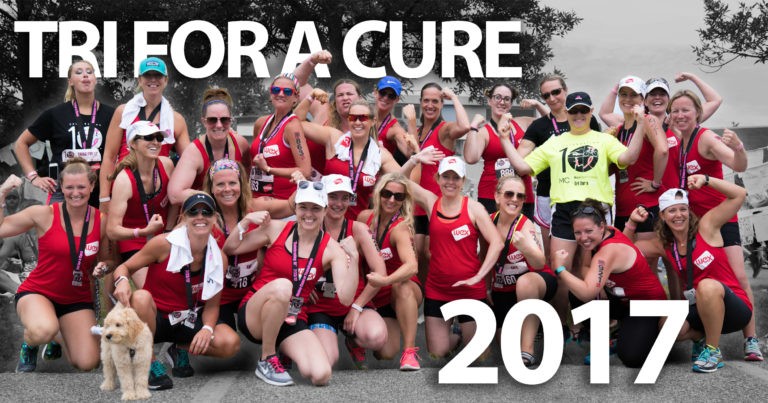 On the morning of July 23, more than 1,300 women tested their will and strength as participants in the 10th annual Tri for a Cure, Maine’s only all-women triathlon to benefit the Maine Cancer Foundation. Among the sea of racers wearing pink apparel, tutus and face paint were 23 WEXers who raised close to $30,000 by day’s end. The event brought in over $2 million with 100% of the charitable donations going toward cancer programs in Maine.

“It was moving to see the women’s arms. Next to their race number, many had written the names of those they were participating for or in memory of. The first wave in the water was composed of survivors—a powerful reminder of the day’s larger goal,” observed Katie DeNoia, a WEXer who attended the event to cheer on our team and all of the participants.

WEX has been the presenting sponsor of Tri for a Cure since 2015, and President and CEO Melissa Smith has been an individual participant in 9 of the 10 events. In her opening remarks, she challenged all those attending to take an additional step, “Just imagine the impact we could have if, after today’s race, each of us got someone to do something preventative that could reduce the risk of cancer. That would be thousands more people who might be spared from having a cancer diagnosis.” 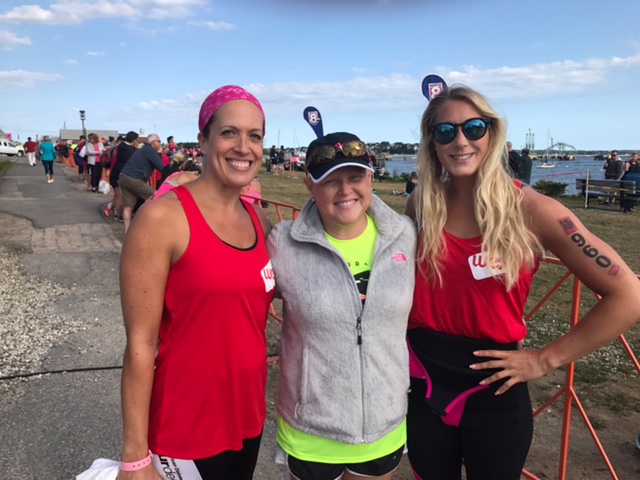 The WEX team included first timers, as well as women who’ve raced all 10 years. They each have a story about why they participate, either individually or as part of a relay team, and what it means to them. First-timer Amie White handled the bike portion of the Tri as a relay team member, and she was overwhelmed by the encouragement and thanks from spectators and volunteers as she rode the course. Running across the finish line together as a team was a highlight for Michelle Robinson, who shared her first Tri for a Cure with “two awesome teammates.”

For Tri veteran Robyn Campbell-Morneault, the race is near and dear to her heart as many friends and family members have been affected by cancer. She noted that the race was tough this year, especially the swim, but when she got tired, she remembered those who endured chemo, radiation and other treatments and thought, “this pales in comparison, so giddy up!”

Many deep bonds have been forged by WEX teammates during training and race day. For Kate Good, what started out as a simple co-worker relationship with Caroline Cyr has grown because of Tri for a Cure. “She is one of the reasons why I enjoy this event so much and is one of my dearest friends. She’s someone who carries the same attributes and characteristics as a lot of WEXers – strong work ethic, loyalty, integrity, and most of all, an amazing sense of humor,” says Kate.

In our HR group, Kristin Murak and Katie Ewen joined forces in a relay team named “Tring for LP” in honor of their colleague Leigh-Paige Smith, or LP as they like to call her. Kristin notes that LP (pictured above) is currently fighting her own courageous battle against breast cancer, and has been an inspiration, taking on her treatment with a super-positive attitude.

Her third Tri for a Cure “was nothing short of amazing” for Katelyn Gendron, who was competing for the first time after giving birth to daughter Grace 7 months ago. She races in memory of her grandmother, whose death from lung cancer inspired Katelyn to enter her first Tri for a Cure. After this year’s event, she noted, “I hope my participation shows Grace she can accomplish anything she sets her mind to.” 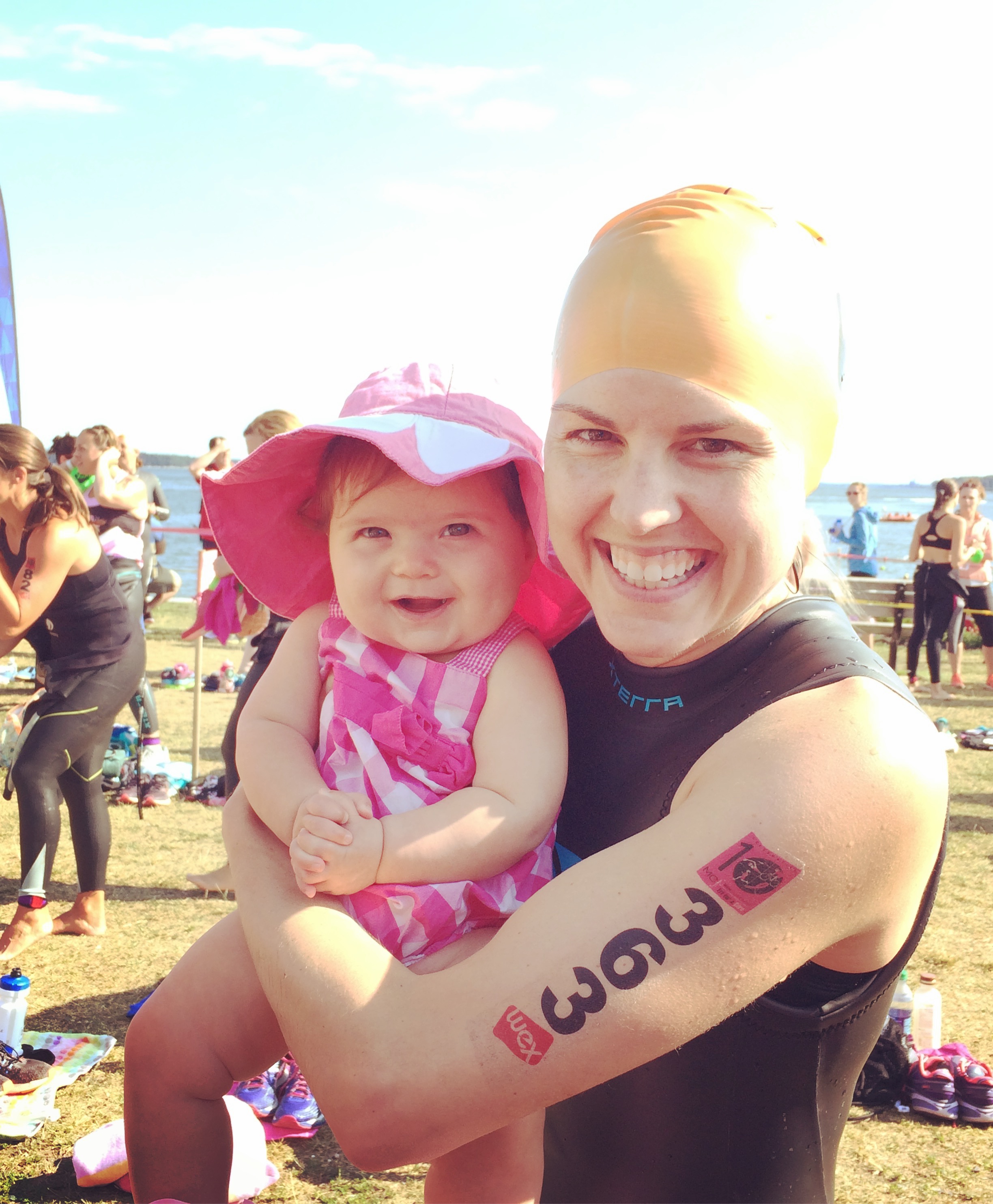 Smith concurs that Tri for a Cure is about so much more than race time or performance. “There’s a shared commitment to finding a cure that creates an amazing sense of community among participants, volunteers and spectators. And beyond the cause and money raised, the event is about empowerment, with women discovering strengths and aspects of themselves doing something they didn’t think they could do.” 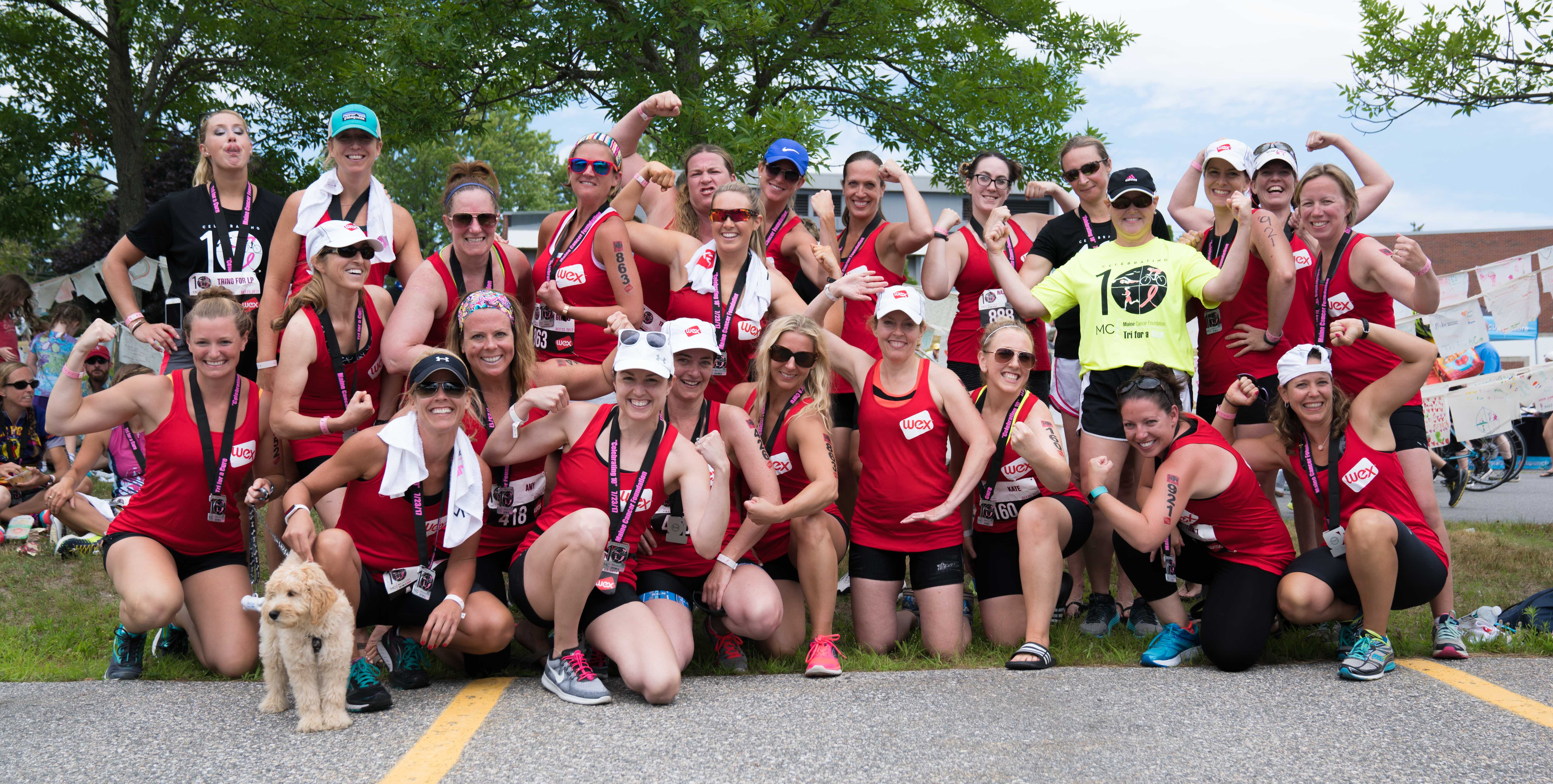 Learn more about why sponsoring Tri for a Cure is critical to the Tri’s success and to us at WEX by watching the WMTW 8 News feature.