A World Without Cancer? How 23 WEX Women Are Tri-ing to Get Us There

A World Without Cancer? How 23 WEX Women Are Tri-ing to Get Us There 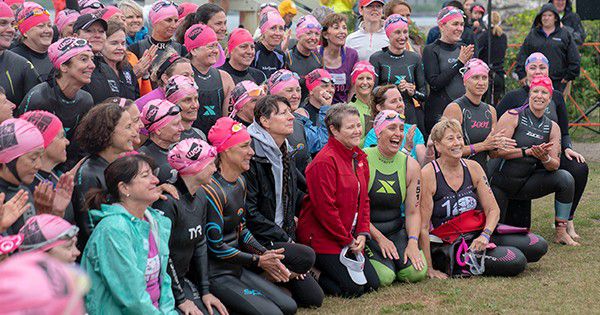 One out of four of us will be diagnosed with cancer in our lifetime. That’s tough information to swallow, but even tougher are the 23 WEXers who joined 1,300 fellow Maine residents for the state’s largest triathlon—the 11th annual Tri for a Cure—this past Sunday.

Not only is the Tri for a Cure Maine’s only all-female triathlon, but it has also become the largest single-day fundraiser in the state. Participants tough it out through a one-third mile swim, 15-mile bike ride and three-mile run, all while raising money to help the Maine Cancer Foundation reach its goal of reducing cancer and mortality rates in Maine 20 percent by 2020. Cancer rates in Maine remain significantly higher than the national average, and the highest in New England.

Organized by the foundation, the triathlon took place on the campus of Southern Maine Community College, ultimately raising nearly $2 million.

As the Tri’s presenting sponsor since 2012 and a supporter since year one, WEX is proud to have a big presence at the event. Our CEO Melissa Smith even participates, with 2018 marking her tenth Tri for a Cure triathlon to date.

This year, Melissa also delivered opening remarks, calling on the crowd of wetsuit-wearing women to be fierce.

“When you start this event, there is so much energy. When the survivors come out for the Survivor’s Ceremony, it makes you realize why you’re here. You get a sense of power that you are really affecting the landscape of cancer in Maine,” said Melissa. “We can make—and are making—a huge impact. It is amazing to be a part of something that unites the community in such a special way.”

We asked several WEXers why they participated in this year’s triathlon and for whom. Here’s what they told us:

“It goes without saying that I Tri for the patients, the survivors and their caretakers. But I also Tri because I can. I don’t think I ever realized I had the strength and the capability to do it until I put myself up to the challenge.” –Molly Steele

“I Tri for my Gram Chapman, who passed away from an unexpected battle with lung cancer. Unfortunately, just a month past our wedding, where we were dancing up a storm, we found out she had lung cancer and she passed away shortly after. Seeing the strength that she displayed and the pain that she was in really inspired me to step outside my comfort zone and swim, which I’m horrible at, and give it a go.” –Katelyn Gendron 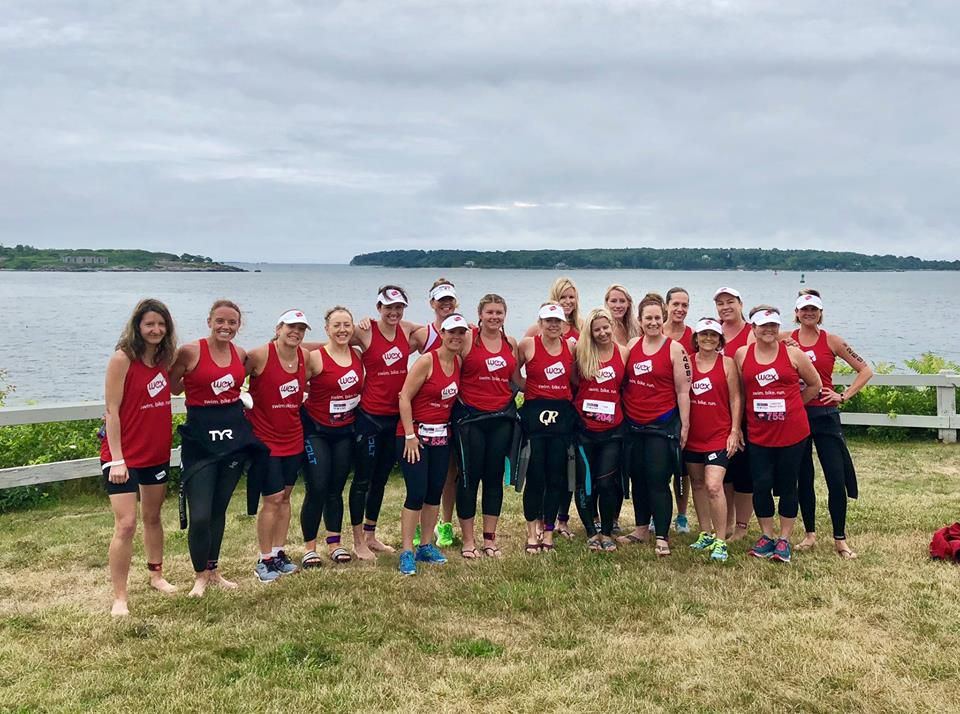 Some participating WEXers gather for a group shot before getting in the water.

We’re so proud of all women who participated in the Tri for a Cure this year and in previous years. And of course, the event would not be the success it is without the amazing volunteers and spectators.