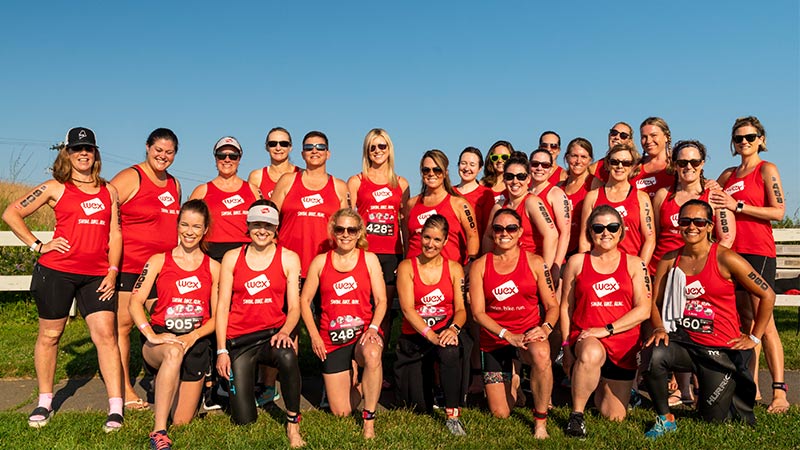 WEX is proud to call beautiful Maine home to our global headquarters. However, the numbers around cancer in Maine aren’t pretty:

To help the Maine Cancer Foundation reverse these statistics, WEX signed on to endorse the foundation’s Challenge Cancer 2020 initiative at its inception. The challenge aims to reduce cancer and mortality rates in Maine by 20 percent by 2020 and encourages the funding of organizations and ideas that focus on cancer prevention, early detection or improved patient outcomes.

In addition to tailoring our other philanthropic donations in the cancer space to these specific targets, we’ve also repeatedly sponsored and participated in the Maine Cancer Foundation’s Tri for a Cure (see our recaps of 2017 and 2018), which we did once more this July. This year we had our most robust engagement with the foundation yet by also participating in its Twilight 5K in June.

Here’s a look at how WEXers have spent this summer making our greatest strides yet when it comes to kicking cancer in Maine:

19 WEXers take on the Twilight 5K

Earlier this summer, WEX joined the Maine Cancer Foundation’s inaugural Corporate Challenge Cup, a special addition to its Twilight 5K. We assembled a team of 19 WEXers from across our Maine offices to compete during sunset on June 6 against other companies to accumulate the most points. (Points were earned for the number of participants, fastest average time, dollars raised, team spirit, etc.)

Outfitted in WEX running shirts, the team was captained by WEX’s senior vice president and general manager of small fleet, Jay Collins (also a Maine Cancer Foundation board member). We’re proud to say that our team won the Corporate Challenge Cup, receiving bragging rights and a trophy all in the name of supporting cancer research and education in the state we love. 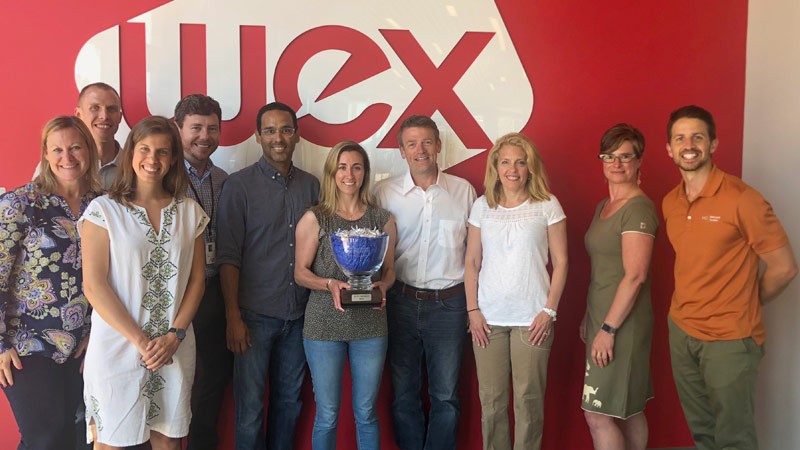 26 WEXers joined the more than 1,300 women who swam, biked and ran in the 2019 Tri for a Cure, the largest triathlon in the state of Maine and the state’s only all-women triathlon.

The team was captained by WEXers Robyn Campbell and Molly Steele, both of whom were returning participants. WEX CEO Melissa Smith, who herself has competed in the triathlon for 11 of its past 12 years, kicked off the event’s opening ceremony by addressing the large crowd of women gathered on the shores of Cape Elizabeth.

Together, our employees not only conquered a one-third mile swim, a 15-mile bike ride and a three-mile run, but they raised more than $30,000. And that’s over and beyond the donation that WEX has made as the event’s presenting sponsor for the past seven years. Each runner was responsible for raising a minimum of $500. (Many of our participating employees were able to additionally take advantage of WEX’s matching gift program, wherein the company matches each employee’s charitable giving by up to $100 per employee per year.) 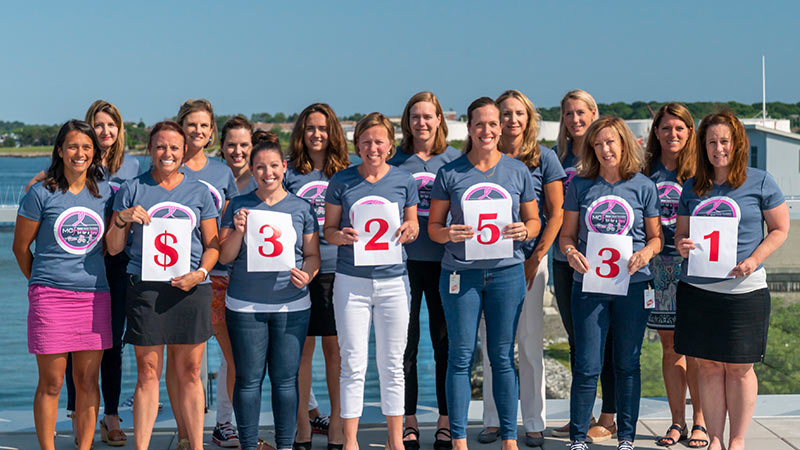 WEX is proud to help fight cancer in Maine and to sponsor such an inspiring event, and we are grateful to every WEXer who participated in these two important races.

Overall, Tri for a Cure has raised more than $14 million for the Maine Cancer Foundation, every dollar of which has been reinvested into Maine communities for cancer prevention, early detection and access to care. As the foundation says, “cancer tries, but we TRI harder!”