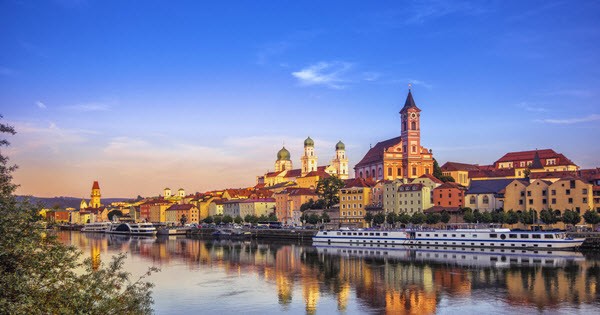 Germany, with its strong economy and high consumer confidence, is Europe’s largest travel market, and a number of recent surveys show that it’s likely to remain that way for the foreseeable future.

Phocuswright’s German Online Travel Overview reports that projected travel gross bookings by Germans reached 58.8 billion Euros in 2017, a 3% increase from 2016. While long a strong travel market, the Germans’ love of travel is on a continued upward trend. The same report shows projected growth continuing at 3% through 2021.

Not only do Germans take many trips, but according to the Phocuswright report, they also have the highest per-trip spend than those in other major European markets. A survey of 3800 German travelers  by Deutsch Post showed that the average holiday budget per household last year was
€ 2,771. This survey also shed light on popular destinations. Half of participants said they’d likely head to the beach, while city breaks were nearly as popular at 45% and nature holidays were preferred by 38% of respondents. In terms of specific destinations, 66% said they planned to stay within Germany, while Spain was the most popular international destination with 23%. Italy (18%), Austria (17%) and France (9%) followed. Overall, travelers reported that safety was a major concern for 2017 and that they were less likely to travel abroad than in previous years.

The Phocuswright report also indicated that Germans were heavily influenced by safety concerns last year and were more likely than in previous years to stay within Germany or stick to the relative safety of Spain, Greece, and Italy. Turkey, which previously had been second only to Spain, saw a sharp drop off in German travelers due to the unstable political environment. North African destinations including Egypt and Tunisia have also seen a tapering off in the last few years.

The story for 2018 seems to be changing, though. Skyrocketing prices in Spain have made Germans look for alternatives. Greece continues to grow in popularity while Turkey and North Africa seem to be making a big comeback this year, based on airport destination data for travel bookings.

While the majority of Germans still book travel offline, online and mobile are growing quickly. Online gross bookings were projected to be 42% last year, bolstered by an internet penetration rate of 90% in Germany, according to the Phocuswright report. Projections over the next five years show a robust 7% annually for online bookings.

Mobile bookings continue to increase and were expected to be 25% of online travel gross bookings in 2017, second only to the UK among European nations. Rail suppliers such as Deutsch Bahn are leading the way in the mobile space. Deutsch Bahn alone already sells over 10 million tickets annually through the DB Navigator mobile app.

Changes In The German Travel Market

Last year saw some major changes to the German travel industry. Air Berlin declared bankruptcy and ceased operations in the fall, resulting in Lufthansa purchasing parts of Air Berlin’s business, including 81 aircraft and its subsidiaries LGW and Niki. Lufthansa is currently awaiting permission by the European Commission to add 1,000 domestic flights per month to its schedule to accommodate Air Berlin’s absence and to stabilize rising prices.

On the hotel side, global chains such as Hilton, IHG, and Motel One are contributing to hundreds of new hotel builds, renovations and property conversions that are creating a record number of overnight stays, according to Phocuswright, as well as an increased demand for hospitality workers.

On 1st July 2018 the New Package Travel Directive will come into law across the EU and in Germany. The directive means that selling two separate travel products from different suppliers in the same transaction will be classified as a tour and therefore subject to the same regulations. This was designed to cover online bookings, offering additional protection to travelers, but also impacts traditional travel agents who sell the bulk of package holidays in Germany.

fvw.com reports that Germany is putting in place regulations to cover the directive and also provide travel agents with some level of protection by allowing them to take one payment for two products providing both those products are invoiced separately. Travel agents are preparing their staff for this change with additional training.

The overall picture for the German tourism industry is extremely positive. Currently the tourism industry employs more people than the robust automotive industry, and it continues to expand to meet the rising demands.  With economic growth, rising consumer confidence, Germans are traveling more than ever both within their own country and beyond.

Hubertus joined WEX in November 2017, bringing 14 years of experience in the payments, travel and hospitality industries with previous roles in sales management at industry leaders like Barclaycard, Honeywell, NCR and VeriFone. Hubertus holds a BA degree in Economics and Social Science (BSceEcon) from the Dual University of Baden-Wuerttemberg in Stuttgart. Hubertus is based at our London office, developing new business opportunities in Germany and neighboring countries.