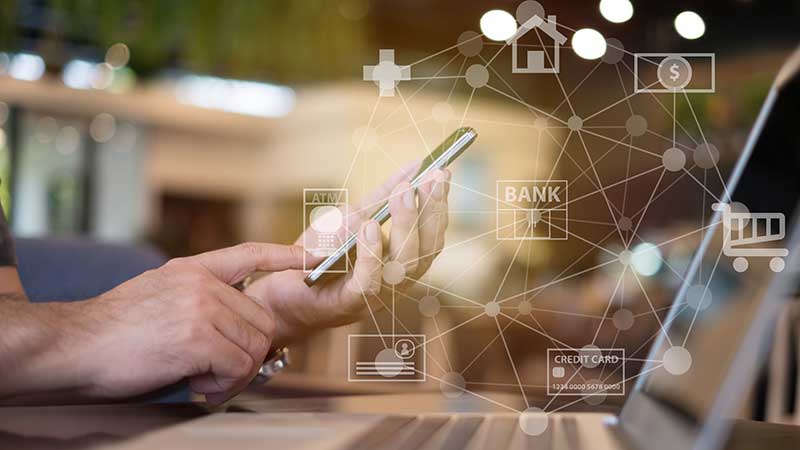 How We Pay is Changing – Payments 101 will Keep you Informed

WEX prioritizes understanding customer needs and responding to those needs. Payments technology has a rich history and is evolving quickly. There’s a lot to grapple with, and time and again our customers have asked us for a place they can go to learn or refresh.

The Payments 101 learning library is your new, trusted, quick reference for terms in the payment landscape as wide-ranging as payment gateways and tokenization.

Knowledge is Power: WEX will Educate You on B2B Payment Solutions

Payments make the world go round. WEX’s Payments 101 will help you understand, piece by piece, how it all works so you can find the right solutions for your company.

A Concise History of Payments

Starting around 9000 BC, goods were bartered using commodities, or things of intrinsic value. One person had a product to trade with their neighbor for something of similar value. The community would sustain themselves by trading.

Bartering was the primary tool of exchange for at least 3,000 years, and interestingly, there has been a resurgence today of this practice with apps like The Hour Exchange, Bondsy and FreeCycle. They allow us to barter goods freely via a tablet, laptop or smartphone. This resurgence might share momentum with bitcoin; they both reflect wanting to break free from oversight of purchasing. A movement back to bartering allows free trade without involvement from a third party.

People also used valuables as currency during this bartering era. Examples in China included bolts of silk and metal blades (knife money). Cowrie shells, rare and with perceived value, were another common form of payment. In medieval Europe, amber, furs, walrus and elephant ivory, spices and gold were all used in trade. Whatever a community deemed valuable had purchasing power within that community.

The Introduction of Currency

At around 1100 BC, China was first to introduce fiat money. Fiat money is currency that doesn’t have intrinsic value and is often established and overseen by a government. These first coins were round, bronze, and had a square hole in the middle. They were called Ban Liang and were strung together on rope.

Minted Money as a Payment Solution

Minted coins were developed in 650 BC in Western Anatolia, now modern-day Turkey. These first coins were made of electrum, an alloy of silver and gold. Soon Greece and as far away as China, Korea, and Japan began minting.

During the Colonial Period and just after the Revolutionary War in the U.S., many currencies were circulated including British pounds, German thalers, Spanish milled dollars and home-grown coins.

Copper cents called fugio were the first currency authorized by the U.S. government in 1787. After the Coinage Act of 1792 was passed, the first mint opened in the U.S. in 1793 in Philadelphia. This mint followed a slow and imprecise process, so foreign coins were allowed to circulate until the mint released enough coins to handle all U.S. transactions. Congress banned circulation of foreign currency in the U.S. with the Coinage Act of 1857.

In 600 BC, China was the first to issue paper money. It was easier to transport and allowed new uses for copper. Copper formerly used in coin production was freed up for other products: agricultural tools such as hoes and sickles, cookware, dishes, and artisans’ tools such as saws, chisels, and knives.

The Chinese paper bills were notes of credit or exchange, and were privately issued. This may have been the first example of representative money circulated in place of fiat money. Representative money is an item like a token or piece of paper with no intrinsic value exchanged for something that does have intrinsic value. Fiat money is physical money backed by the government whereas representative money is something that represents the intent to pay and can be backed by entities other than the government. Paper bills were referred to colloquially in China as “flying cash” because they had a tendency to blow away with a gust of wind. There was a shortage of copper at the time, contributing to their emergence.

In Europe, precious metal was used for exchange starting in 1000 BC Paper banknotes began to replace precious metals in Europe beginning in Sweden in 1661.

The first charge card was issued in the 1930s by UATP as a solution for paying airlines. The first consumer credit card, the “Charg-it” card, was issued in 1946 at Flatbush National Bank of Brooklyn in Brooklyn, New York. Purchases could be made locally by bank customers. Bank of America issued the first universally accepted credit card in 1964 in the U.S., which later became the Visa card. Today, the credit card is the leading payment method in the U.S. at around 40% of all payments. 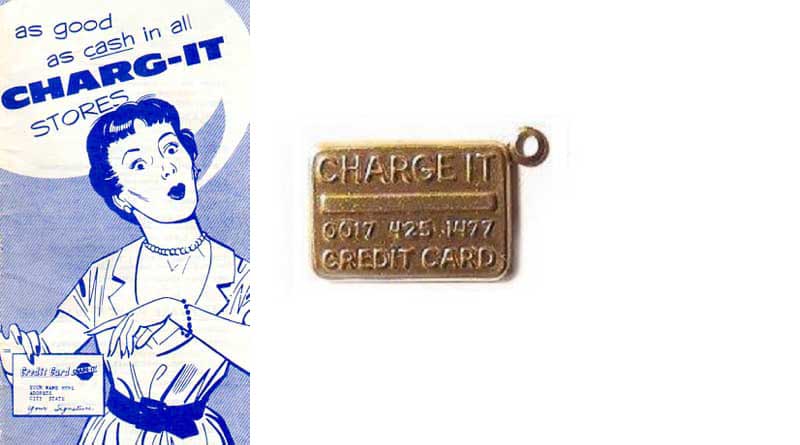 In the late 1990s and early 2000s, web development exploded, along with e-commerce. Paying for goods and services online became easier. Companies like Amazon emerged and consumers adapted. Many small, family-owned shops adapted as well, developing websites. Amazon was often an intermediary for those shops. A consumer shopped on Amazon and ultimately their purchase was made with that small, family-owned, brick-and-mortar store. In a report released by Amazon, more than half the items sold on Amazon in 2019 were produced by small and medium-sized businesses.

Paypal, the online payment service created in 1998, is the grandmother of Apple Pay, Venmo, and other current popular fintech payment companies. Today in both C2C and B2C transactions, users exchange money via smart phone using one of these apps. Payment is digital, simple, and in some cases automatic.

Payments history is rich and we are full speed ahead towards another disruption in payments solutions. Fintechs and new types of currency are among the disrupting factors and you might feel overwhelmed by how quickly these changes are crystallizing. It’s helpful to visualize how payments have evolved to see payments’ future clearly.

The Future of Payments

The disruptive invention of the smartphone in 1992 has impacted the way we live in myriad ways. With the 2007 release of the iPhone came a dramatic surge in the development of financial technology tools. This involved payments technology and another pivot: payment has now gone virtual.

Virtual Credit Cards have many purposes and are in wide use today. In B2B, paying suppliers efficiently is important. There are now third-party solutions like those provided by WEX to pay securely, accurately and on time using a virtual credit card.

A virtual credit card is a card that does not exist in any kind of format that can be touched or held (thus the “virtual” in the name). Virtual payments enable a business to pay their suppliers by providing them with a single use, electronic payment number that can be limited to the exact amount owed and a specific time frame.

A common use of virtual credit cards is on travel sites like Expedia or Priceline. Most travel sites are integrated with a virtual card system on the back-end to increase security and efficiency. A consumer books travel and pays the online travel agency. Using a solution like WEX virtual payments, the travel agency then uses a secure virtual card number to pay each vendor — saving the traveler’s credit card from taking a trip around the world, too. With the security and efficiency of payments taken care of, online travel agencies can focus on what they do best: creating exceptional travel experiences.

Some payments disruptions are coming fast and furious and it’s a mystery how they will ultimately impact us.

We don’t know yet what 5G will bring. It’s a new cellular standard now in more than two dozen cities in the U.S. and while expansion is anticipated, it is not expected to hit us full force for several years. As Inc. recently reported, “5G has been called the catalyst for the world’s fourth industrial revolution, and planning for that future is essential.” 5G is expected to reduce latency, increase download speeds, play a crucial role in the development of autonomous vehicles, and drive the expansion of virtual reality.

Currency is in flux. A recent Fortune article stated that “over the next decade there’s the potential for an entirely new form of money, ‘stablecoin.’” There is an abundance of nascent currency that has been developed including Bitcoin, Ethereum, and Facebook’s Libra but a gold standard of digital currency has not emerged. Stablecoin could be it, appealing to everyone including the unbanked.

Other digital technologies of the future like digital twinning, increasingly advanced versions of virtual reality technology such as phygital space, advancements in the internet of things, and the development of increasingly complex data wallets will impact fintech and how corporate payments take place in the coming decade.

Digital twinning makes use of A.I., machine learning, and the internet of things technologies and will help companies improve operations, increase efficiency and solve problems without disrupting workflow. Of all the potential technologies to disrupt the future, twinning is a sure bet. It’s potential is limitless.

Fortune said recently “We’re in the most innovative cycle in history. There’s a massive amount of capital, and it’s easier now for any good idea to get financing and spread globally fairly quickly.” What will that next good idea be, and how will it impact Payments?

WEX provides the knowledge required to make informed decisions about payments, reflecting current technology and practices. Payments 101 launched with nine short spots to educate you on the latest payment terminology, technologies and tools your customers will start asking for and expecting. WEX will continue to develop this resource in response to technological changes in the world of payments – join us!

Hilary, Women@WEX
We use cookies to give you the best possible experience on our Website. By continuing to browse this site, you give consent for cookies to be used. For more details about how we use cookies and how you can amend your preferences, please read our Cookie Notice.
Accept